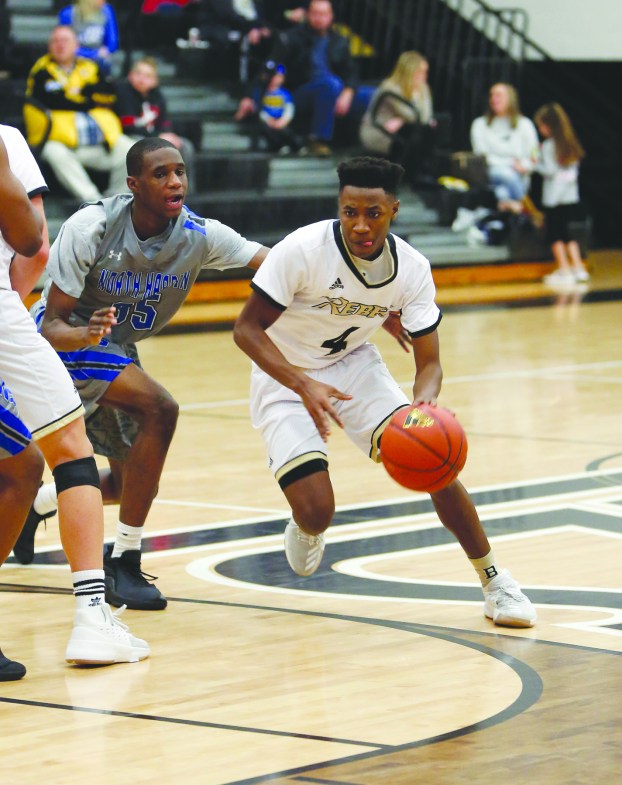 This was everything good and bad about December basketball encapsulated in 32 minutes.

The Boyle County boys reached both ends of the early-season spectrum Tuesday night during their 63-56 victory over North Hardin, showing both what they can do and what they still have to do.

The Rebels spent the first half clicking on offense and building a 20-point lead, then spent much of the second half struggling against a defensive adjustment and seeing most of that lead slip away before holding on for their third straight win.

None of it came as a surprise to Boyle coach Steve Adams, who said the entire team has been together for only three practices since football season ended.

Bryce Slone and Grant Hotchkiss scored 15 points each to lead Boyle (3-1), and Jason Alexander had 11 points and five assists.

Boyle’s offense will be at its best this season when it is able to play at a fast pace, and the Rebels did just that in the first half against North Hardin’s 1-3-1 defense as they opened a 36-16 lead.

“We started off pretty hot,” Boyle forward Jason Alexander said. “We had good ball movement, we had good gaps and we were finding our shooter.”

Slone took only two more shots the rest of the night, however, as North Hardin focused a box-and-one defense on him at the start of the second half.

“They came out and threw a box-and-one at us, and that’s the last thing that was on our minds,” Adams said. “You can’t expect the kids to be able to execute and do things that we haven’t had a chance to work on.”

Alexander said there was no doubt that the defensive adjustment rattled the Rebels, who turned the ball over only twice in the first half but gave it up eight times in the second.

“It took us out of our flow because we haven’t practiced it. It messed up our spacing, and taking our shooter out, of course that’s going to rattle us. It was a learning experience for us,” he said.

“We let that end bother us instead of taking care of the defensive end like we did the first half, pushing the ball and not letting them set up,” Adams added.

North Hardin scored the first 10 points of the second half to pull within 37-29 as Boyle went nearly four minutes without a field goal while the Trojans settled into their box-and-one defense.

“(The coaches) weren’t really mad at us about the box-and-one; they were mad because we were letting them set it up,” Alexander said.

Boyle rebuilt its lead to 48-32, but North Hardin answered with 10 straight points to pull within 48-42 with 6:28 to play. The Trojans cut a 14-point lead to seven in the final 2:20 as the Rebels missed one of two free throws on each of their final four trips to the foul line, but they ran out of time.

“We made big big plays when we needed to. I think we’ll get better,” Adams said.

Alexander said this rollercoaster game shows the Rebels they have a long way to go.

“I think it just shows us we’ve got a lot of work to do, and we need to start practicing and working on other things teams can throw at us,” he said. “I’m glad we got to see (the box-and-one) in the fourth game of the season so we can go ahead and practice it and get better at it so when another team throws it at us we’ll be ready to go.”

The same faces will lead Boyle County basketball in 2017-18, but you might not see the same playstyle. Boyle has... read more