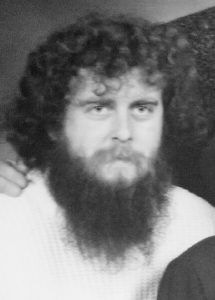 Wayne Thomas Phillips, 60, of Danville died Saturday, December 16, 2017. He was the son of Charles Thomas and the late Peggy Hooper Phillips. Wayne is the grandson of the late Tommy and Lucille Phillips and the late Morris Harris and Hattie Marie Denham Hooper.

He was a mechanic at Phillips & Sons Texaco, owned Danville Harley Davidson, and Phillips Auto Service, he loved Harleys, camping and the outdoors.

A memorial service will be 6p.m., Thursday, December 21, 2017 at Stith Funeral Home, Junction City with Ron Farris officiating. Wayne never liked wearing a suit, his services will be casual-blue jeans preferred. Visitation will be 3-6 p.m.Thursday prior to the service. Memorial donations are suggested to the American Heart Association and Mission 22. Online guestbook available at www.stithcares.com