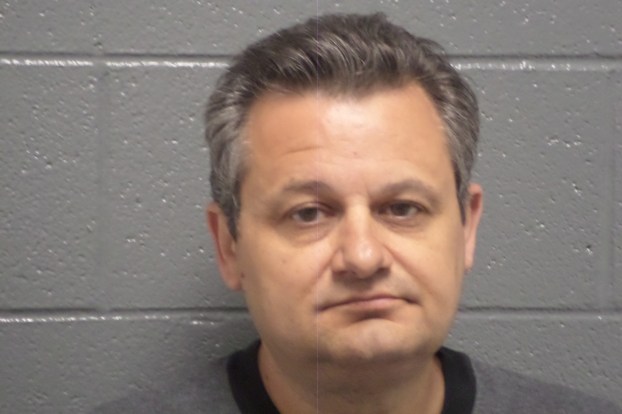 A man accused of having ongoing sexual relations with an underaged relative could have his bond revoked next week, if he is found to have been in contact with the victim.

Darrell Cornett, 51, of Parksville, was in court on Tuesday, where he learned he will face the judge again after a motion was filed by the Commonwealth’s Attorney’s Office.

“We allege he had contact with the victim,” said Commonwealth’s Attorney Richie Bottoms.

By contact, he said, they didn’t mean violent or sexual contact, but had been in touch with her. Bottoms said Cornett’s attorneys, Adam Boyd Bleile and Ashley Witte Dawson, disagree that such contact was made.

Cornett is facing charges of first-degree rape, first-degree sodomy and incest, and forcible compulsion of someone incapable of consent or under 18.

According to files in the Boyle County Clerk’s Office, on Dec. 11, 2015, Boyle County Sheriff’s Deputy Philip Dean was called to Cornett’s home on Tennessee Ridge after he was allegedly discovered by his wife having sexual intercourse with an underaged relative.

Through the investigation, the juvenile said it had happened on more than one occasion, starting just prior to her 13th birthday in 2011; other sexual acts had been administered; and the victim said he used threats against her if she refused to engage in certain sexual acts with him.

The files also state that he would make her describe incidents of past sexual abuse and he would record them on an iPod-type device and upload those to a computer.

On Oct. 4, 2016, Judge Darren Peckler ordered that Cornett have no contact of any kind — “in person, by telephone, or any electronic device” — with the victim.

On Dec. 28, 2017, the Commonwealth’s Attorney’s Office entered their motion for a request to revoke bond, submitting a signed affidavit from the victim who alleged there had been contact. In the affidavit, the victim, who is now over the age of 18, said that on Nov. 14 of last year, Cornett picked her up at her apartment and they traveled to a parking lot to sit and discuss the case. She said in the affidavit that she had initiated contact, “because the case was taking so long and I wanted to know what information he had and to see if he showed any indication of redeemable qualities.”

“The defendant stated he did not have to testify and stated he would put blame on me as a victim, bring my biological parents into the case and he had a video from when I was younger he would use against me,” the affidavit reads.

It also states that Cornett paid her $50 to stay quiet and that he offered to help her financially if she dropped the case, before returning her to her apartment.

Cornett is out on bond. A hearing will be held Jan. 11 in the Boyle Circuit Court for Judge Peckler to listen and rule on the matter.