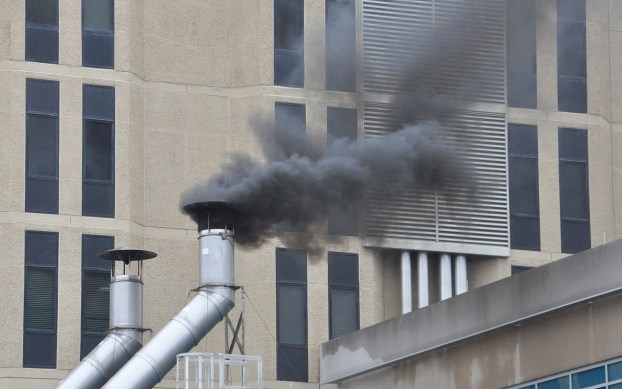 Black smoke billowing from a a vent behind Ephraim McDowell Regional Medical Center late Friday morning caused some people to be alarmed and the Danville Fire Department respond to a possible fire. However, the smoke was only caused when the maintenance department switched the boiler from natural gas to diesel fuel during its monthly backup fuel supply safety check. Senior maintenance mechanic, Joe Julian, laughed with people watching in the parking lot and described the smoke was like when a young man speeds by you in a diesel truck and puts on the gas and black smokes spews out of the tailpipe. He said the diesel fuel was “burning a little rich,” during the test but it wasn’t a problem. 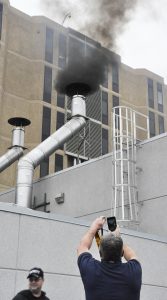 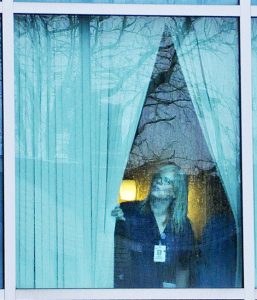 A staff member at EMRMC peers from a window when black smoke was seen and the Danville Fire Department arrived.