HARRODSBURG — Newly published author KV Rider says she hopes other aspiring writers show up Saturday to hear her speak at Boyle County Public Library. She will offer some insight about and answer any questions based on writing her first novel, “The Real Winner,” a piece of fiction she says she put her heart and soul into. 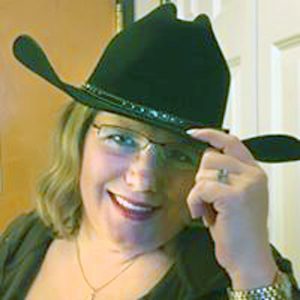 “I’ve always been a closet-writer,” Rider says, writing poetry and other things she never really meant for others’ eyes. But with “The Real Winner,” she said she knew half-way through the book, “I needed to do something with this one.”

She attended an RT Booklovers Convention, and surprisingly sold her book on the first try.

“It’s published by Blue Tulip Publishing, and even though I have a publisher, it’s still like being out there on your own,” Rider says, which is a good reason for anyone who’s ever wanted to write a book to come hear her speak.

“I have lots of advice for any aspiring writer, and I’d love for anyone who wants to write a book to come see me. You’re kind of out there, alone, if you don’t have any contacts or anything. You have to really rely on others to help you.”

Rider will also have her book for sale, which will cost $12 — cheaper than online. But “The Real Winner” can also be purchased through Amazon, Goodreads and just about anywhere else you buy books online.

“I’m shocked that there’s so many people in Danville and Harrodsburg who don’t know that I write or have no clue that I got a book published,” she says. “KV” is her pen name; locally, she’s known as Kim Rider. She’s a paramedic with Boyle County EMS but lives in Harrodsburg. She moved to Kentucky when she was young.

“The Real Winner,” Rider says, may be catagorized as a romance novel, but she says it’s not “a mushy 50-grays or anything like that.” She describes it as a story of mystery, murder and romance, and says it’s fast-paced.

“I’ve had men read it, too,” so it’s not aimed at a female audience, she says. 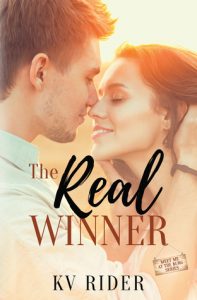 Author KV Rider will be at the Boyle County Public Library 1 p.m. Saturday. She will have copies of her book, “The Real Winner” for sale, will sign them as well as offer a Q&A about the book and her process.

ARTS COMMISSION  News release Michael Hughes The Arts Commission of Danville-Boyle County is pleased to announce the recipient of the... read more