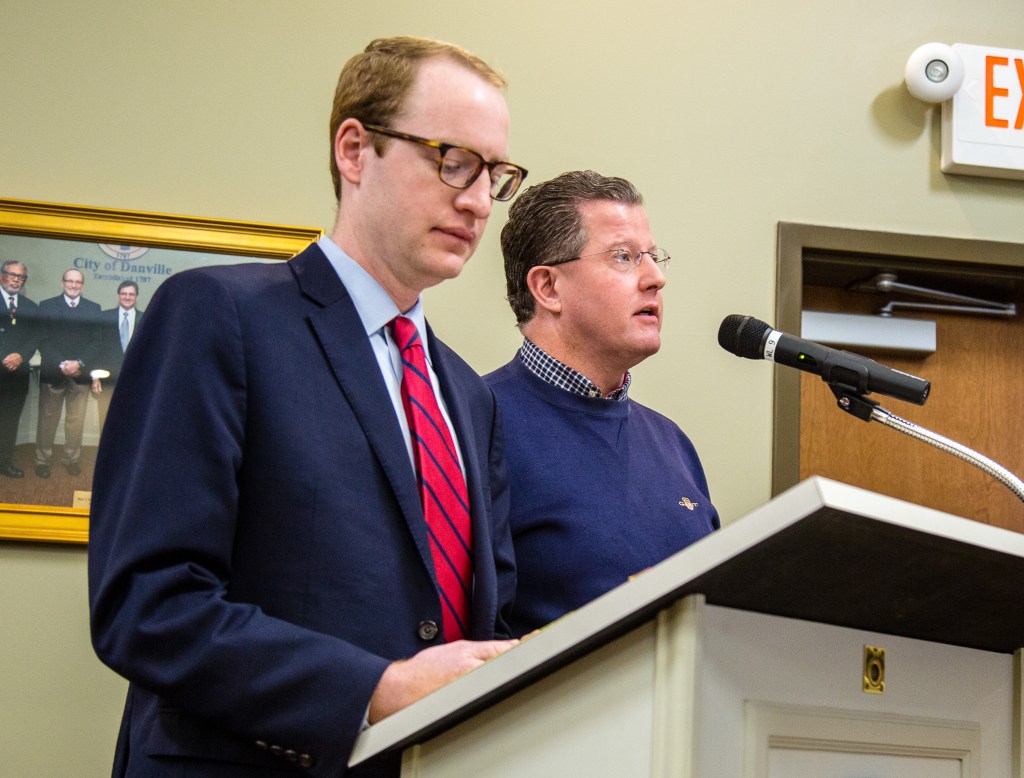 (Ben Kleppinger/ben.kleppinger@amnews.com) Winfield Frankel, left, and Jody Lassiter with the Boyle County Industrial Foundation ask for a variance on an industrial park property that would allow a prospective business to build a structure up to 150 feet tall.

Boyle County is on the “short list” for a $100 million manufacturing facility that would employ 275 people, according to Jody Lassiter and Winfield Frankel with the Boyle County Industrial Foundation. 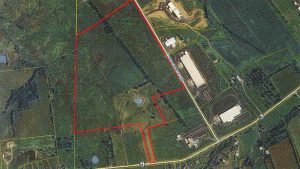 (Danville-Boyle County Planning and Zoning)
The variance granted by the Board of Adjustments Thursday applies to “Lot 8” in the John H. Stigall industrial park, which contains approximately 54 acres. It has frontage on Corporate Drive, across from Meggitt Aircraft Braking Systems, and a small piece of frontage on Lebanon Road (Ky. 34), on the west side of Bluegrass Community and Technical College.

But to keep Boyle County on that list as a candidate, the Industrial Foundation had to seek a unique variance from the local Board of Adjustments: the prospective business needs to be able to construct a building up to 150 feet tall.

The prospective business project has been given a code name by the EDP: “Project Eagle.”

Danville’s zoning ordinance limits structures in the Industrial Business District to a maximum height of 60 feet. The Board of Adjustments voted 4-2 Thursday to grant a conditional variance of an additional 90 feet on a single lot in the John H. Stigall industrial park, providing the full 150 feet requested. The variance only applies to Project Eagle and goes away if the business chooses to locate elsewhere.

“We are on the short list among three states — and we’re the only community that has such a limitation on building height,” said Lassiter, who is also president and CEO of the Danville-Boyle County Economic Development Partnership. “Those are the competitive challenges your economic development organization faces every day.” 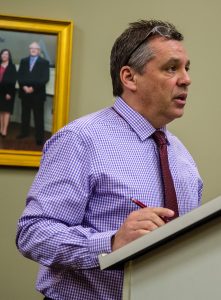 (Ben Kleppinger/ben.kleppinger@amnews.com)
Planning and Zoning Director Steve Hunter speaks to Board of Adjustments members about a requested variance for “Project Eagle” at Thursday’s meeting.

Steve Hunter, director of Danville-Boyle County Planning and Zoning, said the zoning ordinance does allow for additional height beyond 60 feet, but only for “roof equipment not intended for human occupancy and which is necessary for the structure.”

“The project is called ‘Project Eagle,’ so I don’t know if that 150 foot is an eagle’s nest up there or something, or what we’re building. I don’t know what that is — we’ll let Jody figure that out.”

Hunter said the Board of Adjustments was put in a “unique situation where we can’t get kind of real hard footprints of buildings because they’re just unknown at this time.”

Lassiter and Frankel, the Industrial Foundation’s attorney, fielded some questions from Board of Adjustments members, but as predicted by Hunter, they weren’t willing to get into details.

Chair Virgie Johnson asked, “is this like a smokestack type thing, or … ?” 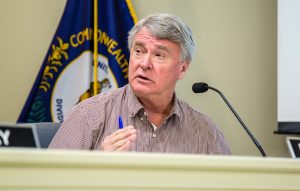 (Ben Kleppinger/ben.kleppinger@amnews.com)
Board of Adjustments member Preston Miles asks a question about a variance for the secretive “Project Eagle” variance, which was granted Thursday.

“Due to a non-disclosure agreement, I can only answer that it’s a manufacturing facility,” Lassiter answered.

Lassiter did note the building would “well exceed 200,000 square feet.”

Frankel revealed the estimated 275 jobs and $100 million investment while answering a question from Board of Adjustments member David Anderson about what kind of pollution or negative effects might be caused by the new building.

“It’s going to be a great addition to our already robust industrial park, but as far as actual hard data on pollution effects or eyesores, which is kind of subjective, we really don’t have that in hand for this requested variance.”

“The issue at hand is without a variance, Danville will be eliminated — that’s basically the long and short,” Lassiter said. “The decision-making process is right now; February will be the determination.”

Johnson said any potential issues with the effects of the business could still be addressed after granting the variance, when P&Z must approve a site plan, for example.

Anderson said his concerns remained about potential unknown dangers, including “carcinogens” that could be released into the community if the variance is for a glass manufacturing cooling tower. After discussion was over, he made a motion to deny the requested variance. 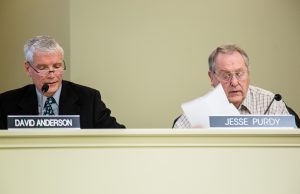 (Ben Kleppinger/ben.kleppinger@amnews.com)
Board of Adjustments members David Anderson and Jesse Purdy both voted against allowing a variance for “Project Eagle.” Anderson voiced concerns there wasn’t enough information provided to ensure the project wouldn’t harm the “essential character” of the area or pose a health risk.

“We are charged with protecting the community’s health and safety and welfare and the essential character of the area, and we don’t have enough information to assure that whatever this is will not affect any of those things,” Anderson said, noting that the facility would be located near Bluegrass Community and Technical College, the local Cooperative Extension Office and Wilderness Trail Distillery, a big tourism draw for the area. “I think that it could, from what we know, affect the essential character of the community. (If it’s) a smokestack for a glass factory, it could affect health, safety and welfare, so I move that we deny.”

Jesse Purdy seconded Anderson’s motion, but it failed 4-2, with the other four members voting against it.

Preston Miles then motioned to allow the variance, “with the stipulation that should the client not materialize, that variance would disappear.” The motion was seconded and passed 4-2, along the same lines as the first vote.

While the lot in question is about 54 acres, the Industrial Foundation specified in its request that only a portion of the property might be used. The property would have an entrance along Corporate Drive in the industrial park, Lassiter said.