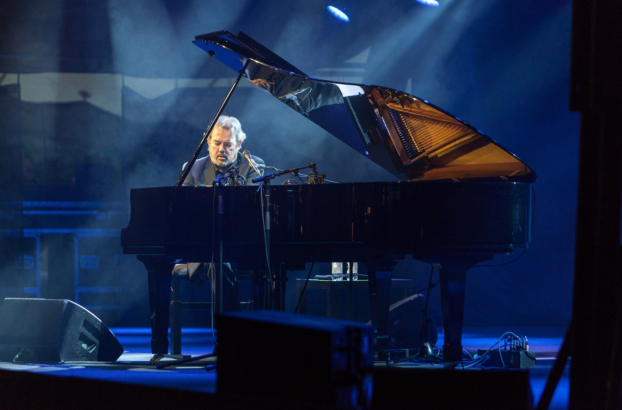 An evening with Jimmy Webb coming to Lancaster Grand

LANCASTER — The Lancaster Grand Theatre will host “An Evening with Jimmy Webb, America’s Songwriter” on Friday.

This will be more than a concert — it is a master class.

Webb’s songs have been made famous by artists including Richard Harris, the 5th Dimension, the Supremes, Johnny Rivers, Linda Ronstadt, The Beatles, the Beach Boys and many others, including such tunes as “Witchita Lineman,” “By the Time I Get to Phoenix,”  “Galveston,” “The Moon’s a Harsh Mistress,” “McArthur Park” and more.

“An Evening with Jimmy Webb” offers not only music and Webb’s riveting tales of the inspiration behind some of pop music’s the biggest songs and singers, but it’s a humorous tour into the days and nights of a songwriting prodigy.

It’s a lesson in pop culture with an insider’s perspective, as during the late ’60s and early ’70s, Webb was arguably the most successful mainstream songwriter alive, churning out sweeping, richly orchestrated hits for Glen Campbell, Barbra Streisand, Frank Sinatra and many others.

He received his first gold record at the age of 18 and was the youngest inductee into the Songwriters Ham of Fame, which he later chaired. He is the only artist to ever receive Grammy Awards in all three categories of music, lyrics and orchestration.  Webb’s first Book, “Tunesmith: Inside the Art of Songwriting,” is considered a “bible” among professional musicians and college students. And his new literary memoir, “The Cake and the Rain” (think back to those “MacArthur Park” lyrics), released in April 2017 by St. Martin’s Press, follows his rise from Oklahoma Baptist preacher’s son to L.A. pop aristocrat.

People are still singing and still listening to the songs Webb started writing 50 years ago. New devotees are introduced to his music through covers by modern chart toppers including Kanye West (“Do What You Gotta Do” sung by Rhianna on “Famous”), Five for Fighting (“All I Know”), Rumer (who stormed the United Kingdom in 2012 with her take on “P.F. Sloan”) or any number of reinterpretations of “Wichita Lineman” by R.E.M., Urge Overkill, Keith Urban, Homer Simpson, and more. 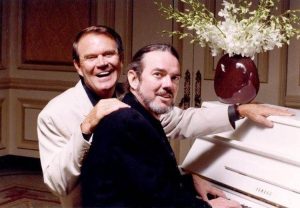 Webb has released 10 solo albums since the 1970s. His CD “Just Across the River” features duets with friends Billy Joel, Jackson Browne, Vince Gill, Willie Nelson, Linda Ronstadt, JD Souther, Glen Campbell, Lucinda Williams, Michael McDonald and Mark Knopfler. A followup, “Still Within the Sound of My Voice,” features Brian Wilson, Art Garfunkel, David Crosby, Graham Nash, Lyle Lovett, Carly Simon, Keith Urban and others. He was awarded the prestigious Ivor Novella International Award in 2012, and the Academy of Country Music’s Poet Award in 2016.  He was named in the top 50 of Rolling Stone’s 2015 “100 Greatest Songwriters of All Time.”

Webb is one of those rare entertainers who manages to bring a genuine measure of magic to everything he touches.  A not to be missed event at the Lancaster Grand Theatre. 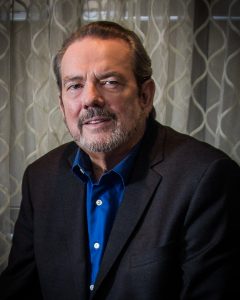 CAC Welcomes Ariel Winds to Lunch with the Arts

By PAUL STANSBERRY Contributing writer On Jan. 31,  Ariel Winds blows into town for a musical Lunch with the Arts program... read more