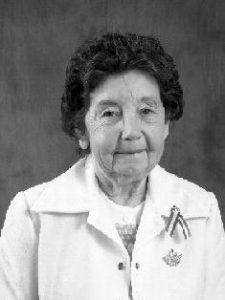 Aileen was born in Chicago, Ill., on April 11, 1936, to the late Gilbert and Irene Curtis. She was preceded in death by her husband, William Reed. She moved with her family to Kentucky as a child. She had a lifelong love of horses, gardening, and was a member of Forks of Dix River Baptist Church for many decades. Aileen was known for keeping her neighbors and family supplied with tomatoes every summer. She was often referred to as the sweetest and kindest person that we knew. She also worked for American Greetings, Garrard County Stockyards, and was a wonderful caregiver.

She was preceded in death by her parents and husband.