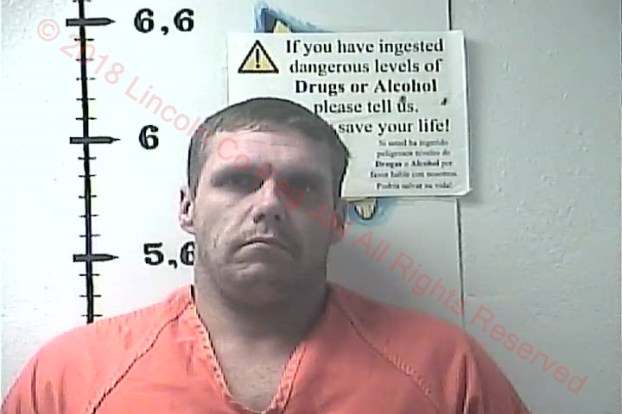 JUNCTION CITY — The Lincoln County Sheriff’s Office responded to a report of a shooting and hostage situation on Short Acres Road Tuesday. Neighbors were evacuated and around a dozen law enforcement officers from multiple agencies got involved. But when they eventually broke down the door to gain access, they didn’t find what they were expecting.

“We ended up gassing the home and we made entry — and no one was in the residence,” Lincoln County Sheriff Curt Folger said. “The story appeared to be fabricated. A subject was arrested and charged with interfering with a government operation and falsifying an incident.”

William Sharp was the man charged. He doesn’t live in the house that officers raided, but is well-known to local law enforcement from other cases involving drugs and domestic violence, Folger said Wednesday afternoon.

“He is a local that we’ve dealt with numerous times,” he said.

Sharp allegedly initiated Tuesday evening’s incident around 5 p.m. by calling 911 and reporting “that a subject was in a residence and he had witnessed a guy getting shot in his arm and he was bleeding from his head in the bathtub. And a girl was being held against her will,” Folger said.

The Boyle County Sheriff’s Office, Danville Police Department and Kentucky State Police provided backup because of the report of someone being shot. Folger said neighbors were removed from their homes while law enforcement dealt with the situation for a few hours.

Folger said law enforcement officers used gas canisters launched through windows to gas the house and then four officers — three from Lincoln County including Folger and one from Boyle — entered with gas masks on. But they found zero evidence of any of the things reported on the 911 call.

“We didn’t know if there was somebody in there dead, or if all of them were dead, or someone was bleeding to death or what,” Folger said. “… Once we entered the residence, we checked it really, really good to see if there was any blood splatter.”

Folger said the sheriff’s office contacted the resident of the house, whom Sharp allegedly accused of being the one holding a hostage; the resident was actually in Tennessee and had someone watching the home while he was gone.

Folger said investigators have “no clue” why Sharp fabricated the 911 report.

“He gave the same statement” to investigators as he did to 911, Folger said. “It was almost like he was believing everything he was saying, but there was no evidence of what he was saying happened in the residence.”

Sharp was taken to the Lincoln County Regional Jail after being arrested. According to the jail, he was released at 10:04 a.m. Wednesday.

This is the second time in a month that the Lincoln County Sheriff’s Office has had to deal with a fake 911 call. During a snow storm in mid-January, an 11-year-old allegedly called 911 and falsely reported that his mother was having a heart attack. The call kept numerous emergency responders busy for hours during the storm searching for what turned out to be a fake address.

The juvenile in that case was cited for falsely reporting an incident and 11 counts of wanton endangerment — one count each for the five firefighters, five emergency services personnel and one Lincoln deputy who responded to the call.

In addition to the four officers who entered the house Tuesday, Folger said there were “six or seven more” surrounding the house outside “just in case something went down inside.”

No further charges are expected to be brought against Sharp, but Folger does expect restitution to be ordered through the courts for the broken windows at the residence.

Folger said false 911 calls can be taxing on first-responder agencies and prevent them from handling other, real calls or completing other work. In the case of Tuesday’s call, it also led to inconvenience for residents who had to leave their homes.

“It was an intense situation there for a little while,” he said. “… Thank goodness nothing occurred, but still — we wish we didn’t have these kinds of calls that wind up being false.”

In their own words  It is said that oral history helps us understand the perspectives of people who may have... read more