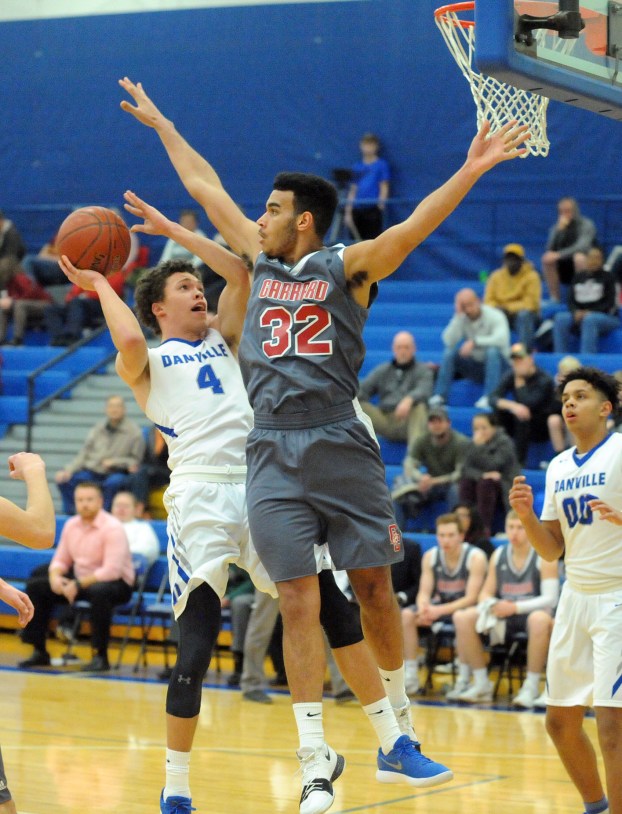 The boys’ 45th District could get wacky.

There’s sense at the top — undefeated Boyle County will be the No. 1 seed come tournament time.

But past that? Who knows.

The Admirals are 1-3 in the district, but two wins and they’re the No. 2 seed behind the Rebels.

Garrard County is 1-4 in the district but could make things interesting with a win Wednesday against Danville.

Lincoln County currently holds the No. 2 seed and would keep that seed with a win against Danville on Friday.

So, to recap: Danville and Lincoln County hold their own fate. Danville has to win its two games to get the No. 2 seed, Lincoln would have to win against the Ads to hold its spot.

So, why does this all matter?

Since the 2005-06 season when Garrard County took Casey County’s place in the 45th District, no four seed has ever advanced to the championship game and qualified for the 12th Region tournament.

That means Garrard has the highest hill to climb, but a win against Danville means the Ads would have a must-win game against Lincoln on Friday to avoid the No. 4 seed.

If Garrard beats Danville and Danville beats Lincoln, the three teams would all be 2-4 — and that’s where things get even more exciting.

The first tiebreaker is a point system applied to 45th District games: Two points for road wins and one point for home wins. Lincoln would win that tiebreaker, getting four points for wins at Garrard and Danville.

The Golden Lions and Admirals would move to the second tiebreaker, which is the same point system applied to common 12th Region opponents and sites.

Three games matter in this scenario: at Casey County, Rockcaslte County at home and East Jessamine at home.

Danville has beaten Casey on the road and Rockcastle at home, while Garrard lost to East Jessamine. The Ads finish their season with East Jessamine, and a win would give the Ads a No. 3 seed.

Garrard plays at Casey tonight and hosts Rockcastle on Friday, two games that don’t appear to be “must-win” on the surface but are imperative if the Golden Lions want to avoid undefeated Boyle County in the district tournament semifinals.

Should Garrard win both games and Danville lose to East Jessamine, the tiebreaker would turn to common opponents outside of the 12th Region.

Here, the only similar game is at Model — one that both Danville and Garrard County won.

After all that — potentially 57 games combined by both teams and a deluge of hypothetical wins and losses — the No. 3/4 seed could come down to the fifth tiebreaker: A coin toss.

But with three teams so evenly matched — no game between the trio has been decided by more than six points — the 45th District tournament will be a thrilling one, no matter where the seeds fall.

By Casey Riley/Mercer County Athletic Trainer In this day and age, there are very few career-ending injuries. With advancements in... read more