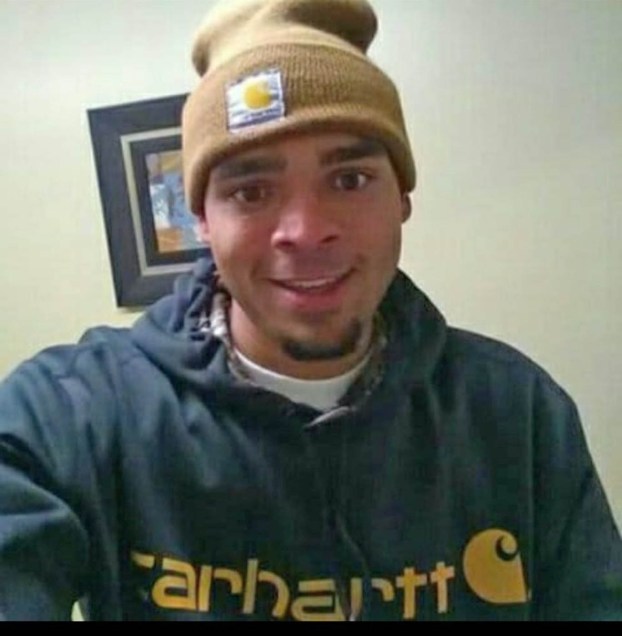 The Boyle County Sheriff’s Department is looking for a Danville man accused of kidnapping and assaulting a woman.

Kyle E. Smith, 23 of Danville, is described as a light-skinned black man, standing 6-feet, 3 inches tall, and weighing 230 pounds. He is believed to be armed and dangerous.

Smith is accused of kidnapping a Perryville woman. According to Sheriff Derek Robbins, the woman knocked on a door at a home on the Danville bypass at 6:45 a.m. She told Deputy Philip Dean, the investigating officer, that she had been kidnapped after dropping off her children at a day care on East Main Street.

“She dropped her kids at the day care … as she exited the building, he came out from behind a van, tackled her, assaulted her, drug her into the van (she had been driving) against her will and told her they were going to Corbin,” Robbins said. “He assaulted her and threatened her life.”

Somewhere along the Bypass, she was able to escape from the van, Robbins said. She was found with multiple abrasions and bruising from the altercation. Smith allegedly drove on in the van.

Robbins said the woman was transported to the Ephraim McDowell Regional Medical Center. Smith is facing charges of kidnapping and robbery, along with other warrants against him, he said.

“We’ve been looking for him for a long time,” Robbins said. “He’s made multiple threats against her.”

Anyone with information regarding Smith’s location is asked to contact local law enforcement.

“Do not approach Smith,” Robbins said. “He is considered armed and dangerous.”

Danville residents told their state representative and senator they want the legislature to tackle pension reform and tax reform at... read more