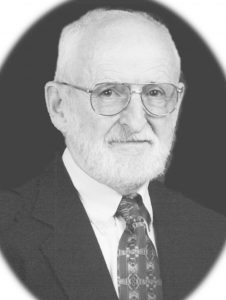 He was born in Chelsea, Massachusetts on January 31, 1925, to the late George Leo and Estelle Griner Cox. George was a decorated WWII veteran participating in 23 missions in the Western Theater as a bombardier in the B-26 Martin-Marauder. After 20 years of service, he retired as a Master Sargent in the U.S. Air Force, and later he retired from the U.S. Postal Service in Boston, Mass. George was an active member of the St. Peter & Paul Catholic Church, Danville, and a member of the American Legion Post, Stanford, KY.

Besides his parents, he is predeceased by his first wife, Louise Gomes Cox; three sisters; and one brother.

The funeral mass will be at 1 p.m., Saturday, February 10, 2018, at St. Peter & Paul Catholic Church in Danville. The Celebrant will be Father Alan Carter. The Reverend Jane Love, pastor of The Presbyterian Church, will also participate in the service. Visitation will be 11 a.m.-1 p.m., Saturday, prior to the mass at the church.  Interment will be in Massachusetts National Cemetery, Bourne.

Military honors will be provided by the American Legion Saufley Post #18.