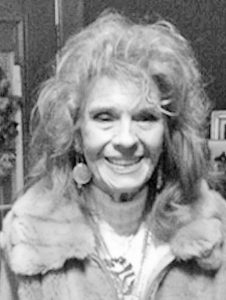 She was born in Danville, Kentucky on August 6, 1944 to the late Robert Lucian and Alma “Tincy” Penn Lane, Jr. Jeanne grew up on the family farm in north-western Casey County in the Forkland Community, and graduated from Forkland High School. After receiving her degree in Art from Eastern Kentucky University, Jeanne started the Title I Art Program in Boyle County and taught art in Boyle and surrounding counties for a number of years. Jeanne was also a poet and lyricist, eventually taking a position as a contract songwriter for 4Star Music in Nashville, Tenn., and later worked for Jack Clement Studios, also in Nashville. Jeanne had a number of songs on the Billboard Top 40 during her music career. While writing songs, Jeanne continued as a working visual artist, primarily on commission for private clients in the music business. After returning to the central Kentucky family farm, Jeanne became involved in the operation and preservation of the family business, historic Penn’s Store. Jeanne’s vision spawned events that promoted and brought state and national awareness, not only to Penn’s Store, but also to literary and musical talent in Kentucky, such as the Kentucky Writer’s Day Celebration (sponsored by Penn’s Store), and the Great Outhouse Blowout, the annual Penn’s Store fundraiser which began in 1992 as a dedication ceremony and concert (headlined by world-renowned guitarist, Chet Atkins, and Billy Edd Wheeler) for “Penn’s Privy,” the first restroom facilities at Penn’s Store.

Jeanne is preceded in death by her parents, grandparents, and a daughter, Dava JeNean Osborn Jones.