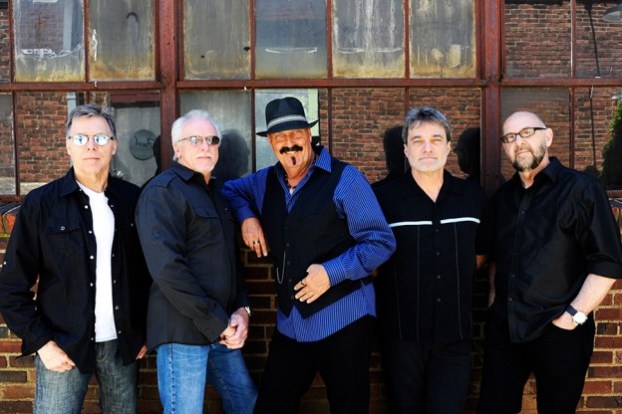 Exile returns close to its birthplace to play at Grand

Kissing you all over again

LANCASTER — The Lancaster Grand Theatre presents Exile — Celebrating 55 Years Tour on Feb. 15 at 7:30 p.m. The show is a celebration of this Kentucky band, which started right next door in 1963 in Richmond by a group of high school students.

Their debut event was a concert performance in the Richmond City Park that summer followed by playing numerous area sock hops and pool parties. Their efforts resulted in a garage recording of “The Answer To Her Prayers,” which led to being asked to join the Dick Clark Caravan of Stars in 1965.

The Exiles toured through 1968, opening on occasion and also providing backup for stars such as Freddy Cannon, B.J. Thomas, Paul Revere and the Raiders and others.  The group then rose to national prominence in the summer of 1978 with a No. 1 song called “Kiss You All Over,” which spent 17 total weeks on Billboard’s Top 40 – four of those weeks as No. 1.

Then in the early ’80s, Exile started to focus on country music, resulting in 10 No. 1 singles including “I Don’t Want to be a Memory,” “Give Me One More Chance,” “Woke Up In Love,” “Crazy for Your Love.” “It’ll Be Me,” and “She’s Too Good To Be True.”  The band successfully toured and performed for many years, receiving eleven nominations for vocal as well as Instrumental Group of the Year from the Academy of Country Music and the Country Music Association.  It disbanded in 1993, however, and everyone assumed that would be the end.

Fifteen years later, though, in 2008, the Exile former road manager was involved in a serious motorcycle accident that resulted in lofty medical expenses. The one-time Exile members were contacted and asked if they would consider staging a benefit show to raise funds, and the rest, as they say,  is history. The benefit, held at the former Blue Moon nightclub in Lexington, was a rousing success.  Exile was re-born, and this original group has toured successfully ever since.  The five original member of Exile reformed in 2008 and kick off their 55th anniversary tour this year.

By KATE SNYDER Community Arts Center Registration is now open for the 2018 Art-A-Thon, scheduled for May 12. The event... read more