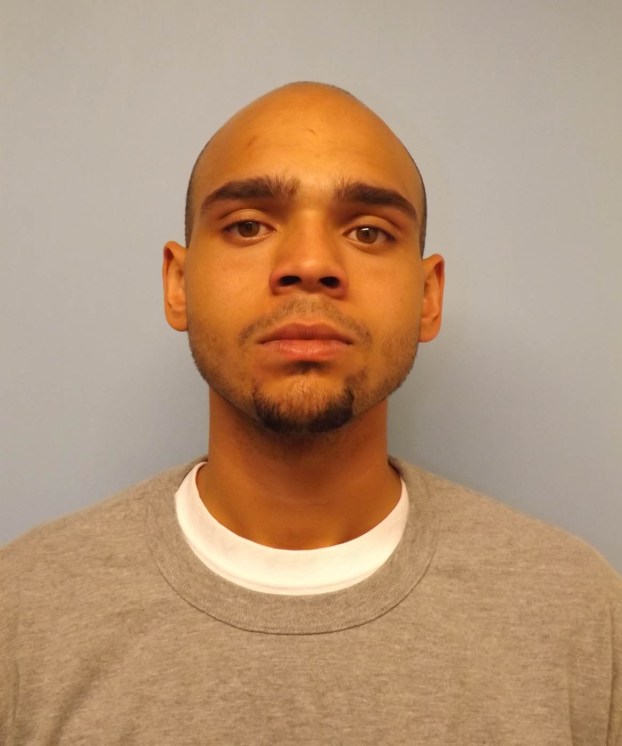 Man accused of kidnapping turns himself in to authorities in Georgia

Kyle E. Smith, 22, the Danville man accused of kidnapping and assaulting a female on Tuesday morning with whom he had been in a relationship, turned himself in to authorities in LaGrange, Georgia, on Wednesday afternoon.

He is facing charges of kidnapping, auto theft and robbery in Boyle County (with more charges possibly pending), as well as a charge of arson in Troup County, Georgia.

According to Sgt. Stewart Smith, public information officer with the Troup County Sheriff’s Office, Smith walked up to the booking window.

“(He) said he was turning himself in for warrants in Kentucky,” Stewart Smith said.

At press time, Smith had not been booked due to a problem with the system.

The charge of arson comes from allegedly setting fire to the 1999 Mercury Villager he had been last seen driving.

According to a news release from the LaGrange Police Department, the agency responded to a call about a vehicle on fire at 1:20 a.m. Wednesday.

“Members of the LaGrange Police Department and the LaGrange Fire Department responded to the fire and located a green 1999 Mercury Villager with a Kentucky license plate that was fully engulfed in flames,” the release states.

“The criminal investigation section was contacted to begin investigating the fire as a potential arson.”

The vehicle was traced back to Boyle County and the ongoing investigation and search for Smith.

On Tuesday, the Boyle County Sheriff’s Office began a search for Smith after he allegedly assaulted a woman, who will not be identified, after she dropped her children off at a Danville daycare facility.

Boyle County Sheriff Derek Robbins said Smith had made several threats against her life previously, and authorities had been “looking for him for a long time.”

Robbins said as the victim exited the daycare Tuesday, Smith came out from behind a van, tackled and assaulted her, then pulled her into the van against her will and told her they were “going to Corbin,” and threatened her life.

The victim was found about 6:45 a.m. that morning, on the eastern side of Danville, along U.S. 150 heading toward Stanford. She told Deputy Philip Dean, the investigating officer, that she had jumped out of the van.

By Daniel Evans LAGRANGE NEWS LAGRANGE, GEORGIA — A Danville man on the run for kidnapping, robbery and auto theft charges might... read more