Communication with the community 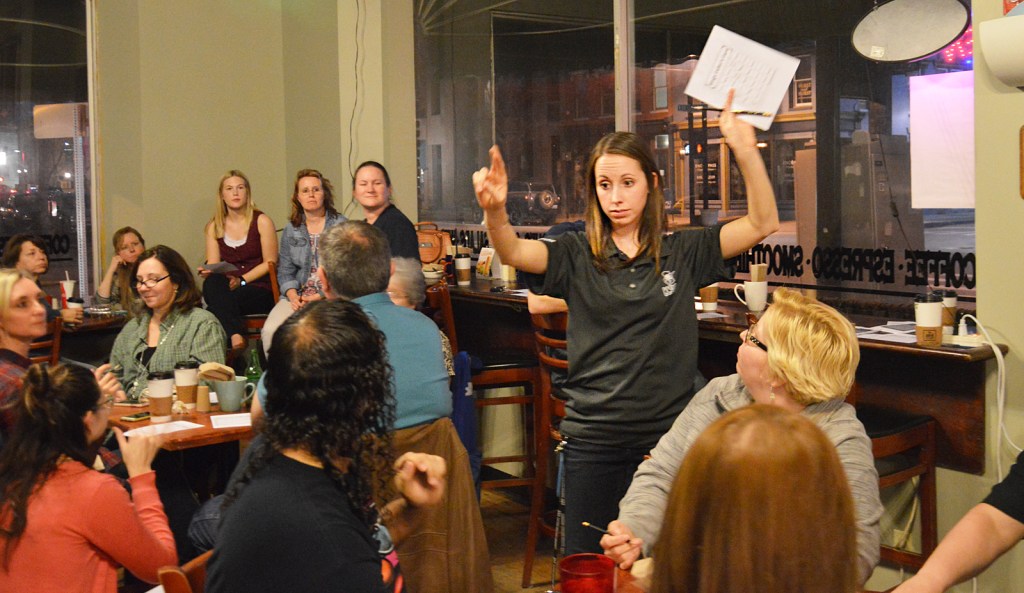 Cheyenne Jennings, an instructor in American Sign Language at Kentucky School for the Deaf, took her ASL Level II students to The Hub Coffee House and Café Monday evening so they could practice signing skills in a public setting. The class practiced placing food and drink orders and played bingo using ASL.

Here, Jennings is signing to the group of about 25 students and a few members of the deaf community the rules of the bingo game they were about to play at The Hub Monday evening. Jennings took some of her students to practice American Sign Language in public. 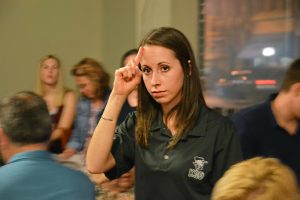 Instead of calling out a letter and number in the ALS bingo game, Jennings signed a letter and the word “penny.” 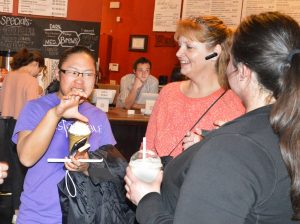 From left, Anna Kluesener, a student at Garrard County High School, practices ASL with fellow students, Christine Martin and Jessica Owens. The women said it was sometimes difficult to talk using sign language while holding their orders, coats and purses. Kluesener said as an infant, she naturally used signs for a language and her interest in learning ASL, “just kept growing and growing.” Martin said she is a mail carrier in Danville and has many deaf people on her route and wants to be able to communicate with them. Owens said she wanted to learn ASL because a lot of deaf customers shop at Hobby Lobby where she works and she wants to be able to speak to them. 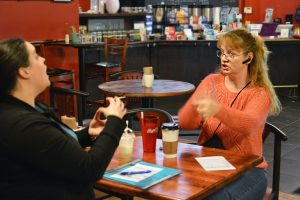