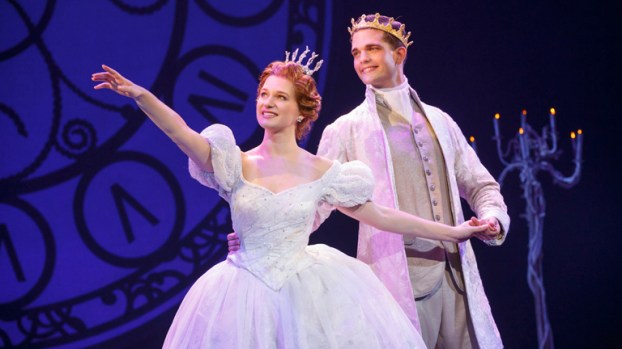 A contemporary take on the classic tale, “Rodgers + Hammerstein’s Cin­derella” makes its way to the Norton Center from Broadway on Sunday. It’s been described as a lush production, featuring beautiful orchestral music and all the moments “Cinderella” is known for — the pumpkin, the glass slipper, the masked ball and more — plus some surprising new twists.

Richard Rodgers and Oscar Hammerstein hold one of the most successful legacies in American musical theater history. Together, they created 11 musicals, including “OKLAHOMA!,” “Carousel,” “The King and I,”  “South Pacific” and “The Sound of Music,” and received 35 Tony Awards, 15 Academy Awards, two Pulitzer Prizes, two Grammy Awards and two Emmy Awards. Many describe Rodgers and Hammerstein’s body of work in the 1940s and 1950s as the “golden age” of musical theater.

Rodgers and Hammerstein not only integrate dialogue and music to entertain with great humor and whimsy, they are able to challenge notions of racism, classism and sexism through their vivid storytelling. You can find these themes for yourself in some of Rodgers and Hammerstein’s most beloved songs, including “In My Own Little Corner,” “Impossible/ It’s Possible,” and “Ten Minutes Ago,” in this hilarious and romantic Broadway experience for anyone who’s ever had a wish, a dream… or a really great pair of shoes.

“This version of the Cinderella story is a classic, and it continues to entertain audiences of all ages,” said Steve Hoffman, executive director of the Norton Center.  “Memorable songs, spectacular costumes, and a feel-good fairy tale, filled with suspense, humor and love- all the ingredients that craft Cinderella int oa spell-binding must-see.”