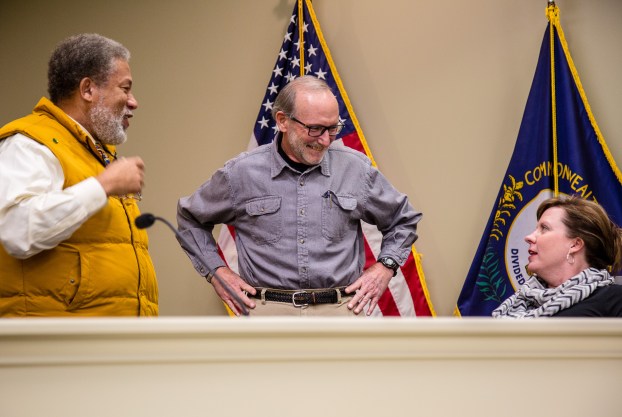 Danville City Commission filled a vacancy on the Danville-Boyle County Parks and Recreation board Monday night, but not without opposition from one commissioner.

Commissioner Rick Serres voted against appointing Dee Minor to the open Parks & Rec seat. Minor was recommended by Mayor Mike Perros and approved by the rest of the commission.

“I’ve known Dee for a long time and she has a really good resumé. She’s a very good candidate,” Serres said. “… I might just question: Her being the director of the McDowell Wellness Center, is that conflict with the Bunny Davis center if she’s on Parks & Rec?”

The McDowell Wellness Center on Ben Ali Drive is “the only comprehensive facility of its kind in central Kentucky, offering a combined family health and fitness center, outpatient rehabilitation services and community education programs in one convenient location,” according to the center’s website.

The Bunny Davis center on Man O’ War Drive is the fitness center run by Parks & Rec. The two centers are less than half a mile apart.

“We asked that question,” Perros told Serres. “The vast majority of the wellness center is rehab. The whole front part is rehab, the pool is rehab. Good question.”

“It’s all rehab? They have a membership,” Serres said. “I think that this has come up before, certainly, and I think we ought to talk about it before we go forward with this. They do have a membership that is not rehab, so is it a conflict? I’m just throwing that out there.”

“There’s certainly no legal conflict or ethical conflict,” City Attorney Stephen Dexter said. “So there’s not conflict as the law is concerned.”

City Commissioner Denise Terry said she feels Parks & Rec is “programs and coaching and that type of thing.”

Perros called the question and Terry and fellow commissioners Kevin Caudill and J.H. Atkins voted in favor of appointing Minor.

According to Minor’s resumé, submitted with her application form to serve on the Parks & Rec board, she has worked at the McDowell Wellness Center since 1995, and as its director since 2009. Her achievements include “grew center membership from 2,500 to 3,700 by delivering presentation and garnering contractual agreements with several insurance providers to be added as a benefit,” and “boosted referrals and revenue through development of medical referral process from (area) physician and therapy departments, as well as obtaining certification to offer CDC pre-diabetes prevention program.”

“I have (an) interest in our community’s health and wellbeing,” Minor wrote in her application. “I would love to see our Parks & Rec program move into something great. I do not want to just bring problems, but I would love to be part of the solution.”

Boyle County Fiscal Court regulars were forced into the hallway for the first portion of Tuesday’s fiscal court meeting, as... read more