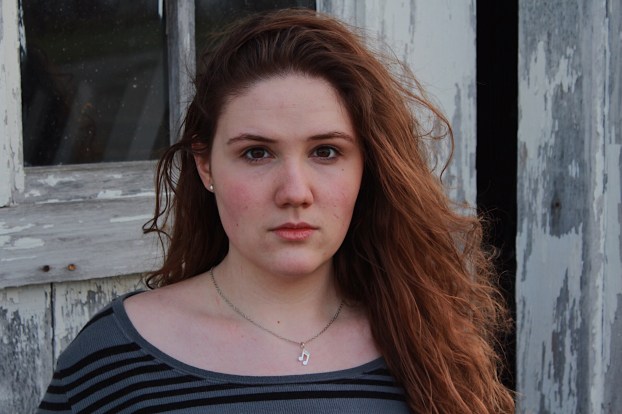 Photo by Austin Morris Danville High School graduate Lydia Grace Graham, who is now studying at The Juilliard School in New York, will perform a free recital March 9 in Danville. The recital is free, but donations will be accepted toward helping Graham attend the Chautauqua Institute Voice Program in upstate New York this summer.

Event is free but donations accepted toward voice program

Local stand-out soprano Lydia Grace Graham, a graduate of Danville High School and second-year soprano at The Juilliard School, will present a free recital at 7:30 pm Friday, March 9 at The Presbyterian Church of Danville.

Accompanied by pianist Elizabeth Wolfe, Graham will sing a wide variety of pieces, from arias to show tunes. Some of the songs were written by Juilliard composers and will be debuted when Graham sings them here.

Though the recital is free, donations will be accepted to help Graham attend the Chautauqua Institute Voice Program in upstate New York this summer.

Home on spring break during the week of the concert, Graham says she is looking forward to performing in her hometown.

“I have never appreciated being from Danville, Kentucky more than I have since being at Juilliard. Most of the artists I’m surrounded by are from bigger cities and don’t have the support I do in spirit, prayers or finance from their communities,” she says. “Studying at Juilliard is absolutely incredible and challenging; that being said, performing there can sometimes seem more intimidating than pleasurable. This makes singing at home all the more fun. I’m able to show everyone who has always supported me how I’ve grown while storytelling and sharing music that speaks to me most. I’m so extraordinarily blessed by the Danville community and thank God for allowing me to grow up in such a loving, supportive city.”

A 2016 graduate of DHS, Graham plans to become a professional opera singer. She performed at the John F. Kennedy Center after being named a 2016 U.S. Presidential Scholar in the Arts by President Barack Obama and was most recently a recipient of the 2017 Shirley Rabb Winston Scholarship in Voice and second place winner of the 2017 Harlem Opera Theatre Vocal Competition.

Last summer, Graham studied at the Chautauqua Institution, singing in a recital with Ricky Ian Gordon and performing in an Opera Scenes Program conducted by Timothy Muffitt. This fall, she made her Juilliard Opera debut in the chorus of Ravel’s “L’Enfant et les Sortilèges” under the baton of Emmanuel Villaume.

The Chautauqua Institute is a non-profit organization that’s “dedicated to the exploration of the best in human values and the enrichment of life through a program that explores the important religious, social and political issues of our times; stimulates provocative, thoughtful involvement of individuals and families in creative response to such issues; and promotes excellence and creativity in the appreciation, performance and teaching of the arts.”