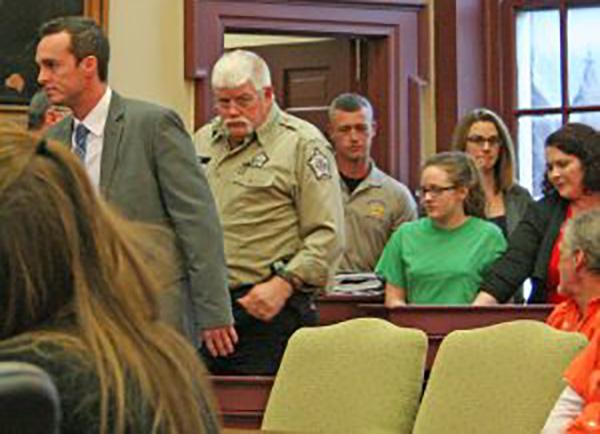 Just over two years after she was accused of being involved in the death of her stepmother at the family’s home outside of Junction City, Jenna Oakley could face a jury trial.

Discovery is complete in the case, according to her attorney Erica Roland.

Oakley’s stepmother, Rhonda Oakley, was found dead in the family’s home on Sept. 1, 2016. The teenager and her 20-year-old boyfriend Kenneth Nigh, had disappeared in the car belonging to Rhonda Oakley. The couple was found in New Mexico on Sept. 4.

Nigh, who had been taken into police custody, later died in a hospital from self-inflicted injuries. Jenna Oakley was transported back to Kentucky and is being housed in a juvenile detention facility. She faces charges of complicity to commit murder and complicity of theft by unlawful taking of a motor vehicle, over $10,000 but less than $1 million.

Oakley was not present in court on Tuesday. 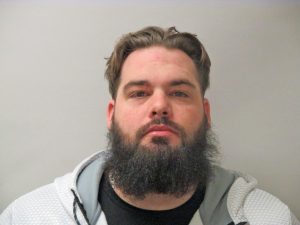 Photo courtesy of Kentucky Online Offenders Lookup
Ryan Hundley will be sentenced in March for charges relating to a May altercation.

Also in court on Tuesday, former Danville Police officer Ryan Hundley was sentenced to serve three months concurrently on each charge of first-degree wanton endangerment, third-degree terroristic threatening and fourth-degree domestic assault stemming from an altercation on May 22, 2017.

Hundley, who has served 66 days, is expected to report to the Boyle County Detention Center this weekend. His attorney, Christopher Herron, requested Hundley serve weekends only, for a total of eight weekends, because he has a job.

Herron also requested the time begin after the end of the domestic violence classes Hundley is currently taking, which are required. He has eight classes left to take of the 28 classes.

“He would like to start his eight weeks after his last class,” Herron said, explaining that if Hundley missed one of the Saturday classes he would have to start them over again.

Judge Darren Peckler said Hundley could begin serving and be given work release and release for the classes. 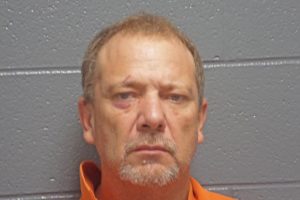 The court also heard an update in the case against Brian Lainhart who is accused of kidnapping with serious physical injury, first-degree assault, first-degree fleeing/evading police and first-degree wanton endangerment.

Lainhart is accused of kidnapping a woman with whom he had had a relationship in Sept. 12, 2017. She was found after she jumped from a moving vehicle, sustaining injuries in the ordeal.

Commonwealth Attorney Richie Bottoms said they are still waiting on DNA testing to be done of blood found inside the vehicle.

Lainhart’s appearance was rescheduled for 9 a.m. May 1.

He is expected to reappear at 9 a.m. on April 5 to enter a guilty plea.

In the afternoon session, Darrell Cornett was sentenced to 10 years in prison for each of his charges of first-degree rape and first-degree sodomy to run concurrently, and 10 years consecutively for incest, forcible compulsion on someone under the age of 18. He will face a total of 20 years.

Cornett pleaded guilty in January after taking a plea deal.

He is accused of having ongoing sexual relations with an underaged relative, beginning just before the victim turned 13 until they were caught by Cornett’s wife on Dec. 11, 2015. The victim was 17 at the time.

She told officers that he had used threats against her if she refused to engage in certain sexual acts with him; other types of sexual acts had been administered; and he would make her describe incidents of past abuse, which were recorded on an iPod-type device.

Cornett was taken into custody.

Skating rink lost money, but Heart of Danville says it was worth the risk