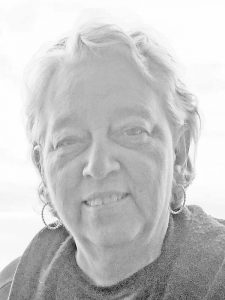 Vicki Lynn McWhorter Lay, 66, of Stanford, passed away surrounded by her family on Monday, March 5, 2018.

Born April 26, 1951, she was the daughter of Margaret Carter McWhorter of Danville and the late Dallas McWhorter. Vicki was retired after 34 years from Bell South. Since 2005, she worked at NetGain Technologies in Lexington. Vicki loved spending time with her grandchildren, watching UK sports and attending monthly luncheons with the 1969 Friends.

Visitation is 5-9 p.m., Thursday at the funeral home.

Services will be at 1 p.m., Friday at W.L. Pruitt Funeral Home with burial in Hustonville Cemetery.

Memorial contributions are suggested to Basset Rescue of Kentuckiana www.bassetrescuekentuckiana.org.

A Guestbook is available at @ www.wlpruitt.com.