Jordon Campbell of Berea was arraigned on one count of unlawful use of electronic means to induce a minor to engage in sexual or other prohibited activities, a Class D Felony.

Campbell was arrested on Dec. 6, 2017, in Millennium Park, where he allegedly believed he was meeting a 15-year-old girl for oral sex. The meeting was arranged by the sheriff’s office through a conversation with Campbell in an app; a detective posed as a teenage girl, according to files in the Boyle County Circuit Clerk’s Office.

Campbell is out on bond; he is scheduled to be back in court at 9 a.m. on April 3. 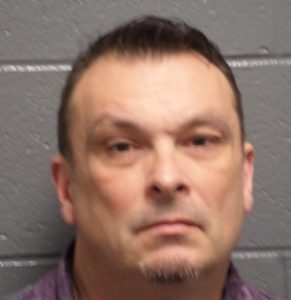 Michael Cruse, of Columbus, Mississippi, was arraigned on one count of unlawful use of electronic means to induce a minor to engage in sexual or other prohibited activities, a Class D Felony.

His attorney, Hadden Dean, has filed a motion for discovery of 51 aspects of the commonwealth’s case, including things such as:

• the Kentucky Revised Statute being used by the state to prosecute Cruse;

• any statements or information read to the defendant before or after the arrest;

• copies of any and all documents obtained during the effectuation of the arrest;

• copies of any documents signed by the defendant; and

• copies of any image, video, audio or other recording relating to the case.

Cruse was arrested on Oct. 28, 2017, in Danville, after he allegedly agreed to meet a detective posing as a 16-year-old and engage in sexual contact, according to files in the Boyle County Circuit Clerk’s office.

Cruse is scheduled to return to court for a status hearing at 9 a.m. on May 1. He is out on bond.

Also in court on charges relating to the sex sting operation:

• Shawn Williams was present for a status hearing. Williams is out on bond. He was scheduled for a pretrial hearing for 1:30 p.m. on April 3.

• Dequan Brown was present for a status hearing. He has been rescheduled for a hearing at 1:30 p.m. on April 3.