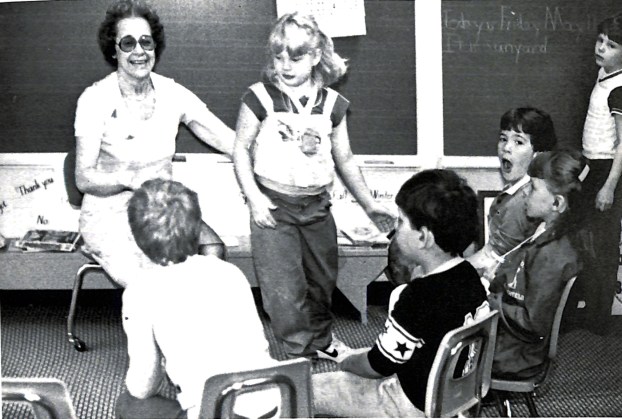 Agnes White and her young students enjoy a story telling session during a class in the early 1980s. 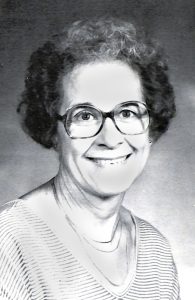 Agnes Best White grew up on a farm near Perryville as one of nine children. When she was just a toddler, her brother Garland contracted scarlet fever and whooping cough. This resulted in a severe hearing loss. The Best family moved to Danville when Garland was old enough to attend Kentucky School for the Deaf. According to Mrs. White’s biographical sketch prepared for her induction into the KSD Alumni Association Hall of Fame, “This was Agnes’s introduction to the education of the hearing impaired which was to become her lifelong endeavor.”

A graduate of Georgetown College, Agnes White received her MA degree at Gallaudet College. She began her teaching career at KSD in 1952 and for the next 33 years taught the younger students at Kentucky School for the Deaf.

When Mrs. White retired from teaching at KSD in 1984, her colleague, Martha McConnell wrote in The Kentucky Standard, “Words are inadequate in describing how KSD feels about losing the services of such a dynamic teacher but all best wishes go with her in the coming years of retirement.”  (The Kentucky Standard, April/May 1985, no. 4, p. 3)

In the same article, Ann O’Malley, a former supervising teacher in KSD’s Lower School, described her feelings about her association with Mrs. White. “It is a gratifying experience to walk into a classroom and feel the excitement of learning. Agnes had the innate quality of a born teacher and understood the needs of the child. With persistence and a sense of humor she had the knack of making the student want to achieve. She always had time to soothe a troubled child or inspire a recalcitrant one.”

Isabelle Walker, for many years a principal and supervising teacher at KSD, had this to say about her, “Kentucky School for the Deaf is most fortunate to have had such an excellent teacher in the classes for younger students. Of all the many good teachers I have known and observed Mrs. White is without peer.”

The 1984 KSD Yearbook staff dedicated that yearbook to Mrs. White, calling her “one of the most creative and flexible teachers in our school. Her influence on the lives of hundreds of children started them on the road to success in a hearing world.” 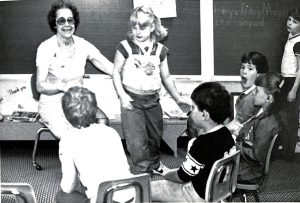 Agnes White and her young students enjoy a story telling session during a class in the early 1980s.

From our files, March 3

100 YEARS AGO — 1918 The magnificent new high school building in Danville was occupied last Monday for the first... read more