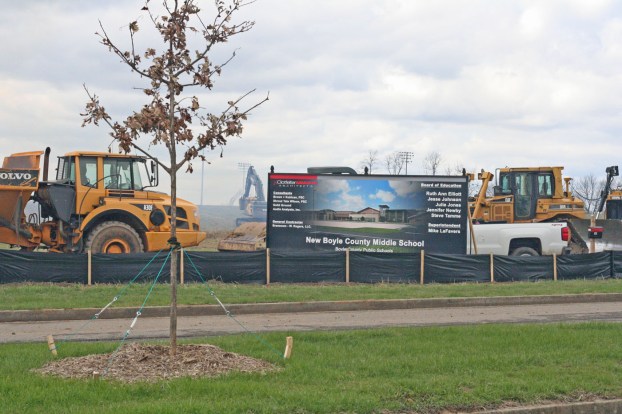 Kendra Peek/kendra.peek@amnews.com An employee with Weddle Excavating moves brush into a burn pile using an excavator. The site had to be cleared of all the brush, before excavation could begin.

Construction crews have begun clearing land for the new Boyle County Middle School, slated to open in time for the 2019-20 school year.

The official groundbreaking for the 122,000-square-foot facility was in January, but more activity has been seen this week. The new school will sit in a field formerly owned by Centre College, just before the entrance to Millennium Park and behind Centenary United Methodist Church. It adjoins the property owned by the district.

The new school is expected to cost more than $30 million, and will include a gym that can seat 900 and an auditorium that seats 500, with an orchestra pit and fly loft for large productions. 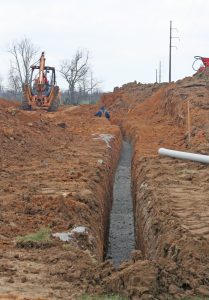 Kendra Peek/kendra.peek@amnews.com
Workers with Fayette Electric use a backhoe to pour gravel into a ditch and a shovel to spread it out. The electric, which was buried in the ditch, is being moved so the new driveway can be built at that location. 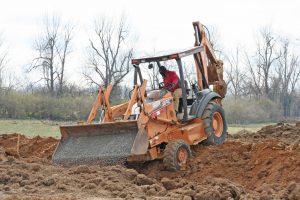 Kendra Peek/kendra.peek@amnews.com
A worker with Fayette Electric uses a backhoe to pour gravel into a ditch at the site. The electric, which was buried in the ditch, is being moved so the new driveway can be built at that location. 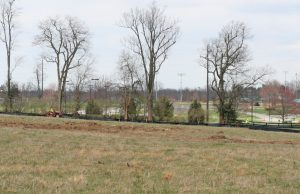 Kendra Peek/kendra.peek@amnews.com
Workers use a ditch witch to dig ditches for the sill fence to be placed around the edge of the property. Project manager Kenneth Blevins explained that the fence was to keep the soil from washing onto the road or neighboring properties once they began disturbing the dirt.