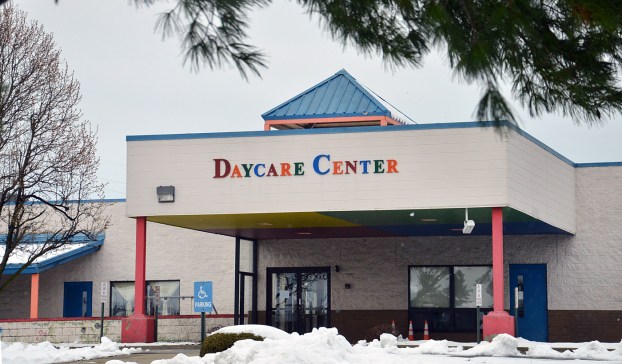 A Children's Place Daycare Center, owned by Ephraim McDowell Health, will be closing on May 31.

A Children’s Place closing at end of May

On Friday, Ephraim McDowell Health (EMH) announced it is closing its A Children’s Place (ACP) daycare center on May 31, leaving parents of about 135 children without childcare and 28 employees possibly without a job.

EMH Vice President Keith Bridges said closing the childcare facility has been discussed for at least the past 10 years and was a very difficult decision to make.

“We’re just like other folks and are looking closely at our larger mission,” which is providing quality health care for the community it serves, he said.

EMH has no plans to open any other daycare facilities.

“We’re getting out of the daycare business,” Bridges said.

He said like any business with diversifications, the hospital continually assesses it’s primary business model.

“A Children’s Place didn’t fit with our business model,” he said.

In a letter the EMH sent to parents of children enrolled at A Children’s Place, it read, “As Ephraim McDowell Health looks to its future in an era of reimbursement changes, we believe that we must continuously realign our services so that each matches directly with the provision of health care services within the communities we serve.”

EMH is the parent company of many health-related businesses, including three hospitals — Ephraim McDowell Regional Medical Center in Danville, Ephraim McDowell Fort Logan Hospital in Stanford and Ephraim McDowell James B. Haggin Hospital in Harrodsburg, as well as 50 off-site facilities that provide primary and specialty care, assisted living, an exercise and therapy center and a medical equipment supply business.

In a news release sent Friday, Sally Davenport, president and CEO of EMH said, “This has not been an easy decision and has been very seriously deliberated over the years. We have valued the work of our childcare associates and the relationship we have formed with the parents who entrusted children to our care.”

According to Bridges, EMH took over running the childcare facility nearly 30 years ago; it was started to help local industry workers with their childcare needs on all shifts seven days a week. About 200 children were enrolled at the time.

The number of children has declined for several years. Currently, about 135 children use the daycare, which is now only open from 6 a.m. to 6 p.m. Monday through Friday.

According to the release, “dramatic changes in health care and reimbursement continue to evolve and the availability of government assisted childcare support has been reduced, which resulted in a significant decline in the number of children being cared for at A Children’s Place.”

“Changes have prompted Ephraim McDowell Health — as well as other health care providers locally and across the country — to realign their services more closely with the demands required to continue providing health care services to their communities,” the release reads.

Bridges said there comes a point when hard decisions have to be made so, “you can best utilize the resources that you have.”

“We don’t know what we’re going to do with the property, but it’s being discussed,” he said.

Concerning the parents, Bridges said, “We understand the emotions. We know about the emotions that parents would have,” and the burden it places on the parents.

However, closing ACP is, “best for our community at large,” Bridges said, because it will allow McDowell Health to concentrate on solely on healthcare.

Bridges said they have contacted other local day care providers to gather information on what openings or short waiting lists they may have. He said they also were inquiring if any of them were interested in expanding their day care operations.

“We tried to make these efforts to assist what we could,” Bridge said.

If the employees want to stay with EMH and they are qualified for other job openings, Bridges said they want to “absorb them into the system. Our interest is keeping good employees.” 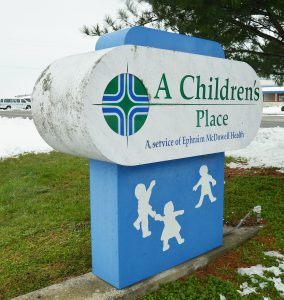 Tara Strauch, a history professor at Centre College with two young children attending A Children’t Place, said she and her husband were very surprised when they found out it would be closing in May.

Strauch said they are also very disappointed that the largest day care center in the county is closing.

She said they really like the fact, “that a diverse body of families” have their children enrolled at the daycare. She said she’s lucky because her teaching schedule means she’ll have the summer to find suitable childcare for her 1-year-old and 5-year-old.

Being in a day care center is “good for our kids,” but she said she will probably have to look at an in-home day care service or hiring a baby-sitter.

Ellen Swanson is a math professor at Centre who has her 3-year-old child attending A Children’s Place. She also is pregnant with her second child, due in August.

She and her husband have been discussing moving their 3-year-old to Montessori school, but she was expecting to depend on A Children’s Place to take care of her infant.

“I have no idea what I’m going to do,” she said. “Danville is in desperate need of more childcare options. Every place (including A Children’s Place) constantly has a waiting list.

“Working families already struggle to balance all of the demands. But adding the substantial stress of the uncertainty of where the kids will be all day and who will care for them, or even if a parent can take that necessary job because of childcare restraints, is not the situation this town wants to be in.”

Danville City Commissioner Kevin Caudill said he had been asked what the city could do about the closure.

“I don’t know that we could do anything except make people aware of it and maybe hope that the private sector steps up and helps in that regard.”

“We’ve got to have something in that space in order to keep our workforce,” Perros said. “I guess really, we have to throw this back to our Economic Development Partnership — not that this is their responsibility to solve, but it’s a place to have a broad-based conversation.

“… We’re going to have to put our thinking caps on pretty quick, because that affects a lot of folks.”

Ephraim McDowell Health administration will be having an open forum for parents to ask questions regarding the decision to close A Children’s Place. The forums will be 8-9 a.m. and 4-5 p.m. on Wednesday, March 14 at A Children’s Place.

Thousands were without power in Boyle County beginning Monday morning and throughout the day due to a substantial snowfall that... read more