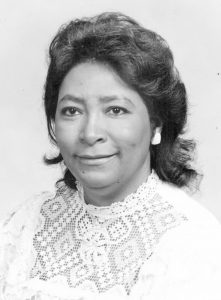 She was born December 30, 1938, in Hubble, KY to the late David H. and Josephine Coulter Penman. Anna had worked at Cowden’s Manufacturing, Angel Manufacturing and retired in 2001 from ATR Manufacturing after working there over 24 years. She was a member of the First Baptist Church in Stanford, KY. Anna enjoyed bowling, having been a past member of the ATR Bowling League; she enjoyed volunteering at the nursing home in Stanford; she enjoyed her flowers and working in her yard, but most of all she enjoyed her friends and loved her family.

Visitation and funeral will be at Spurlin Funeral Home on Friday, March 16, 2018, with the visitation beginning at 11 a.m. and the funeral service beginning at 1 p.m. Reverends Robert Coulter and Oliver Miller will be officiating the service. Burial will be in the Hubble Cemetery.