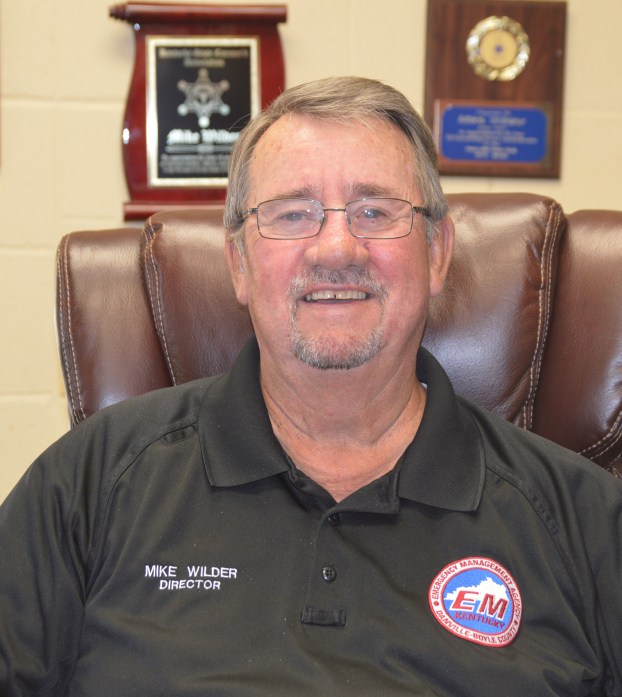 Of the estimated 12,000 households in Boyle County, less than 4,000 people are signed up on the county’s emergency call system and that’s a problem, said Emergency Management Director Mike Wilder.

Of the 4,465 people signed up for the Code Red program by the Statewide Tornado Drill on March 1, there were 1,238 calls that weren’t able to connect, Wilder said. Those numbers were run through a validation program, which returned 591 numbers as non-working numbers.

“That’s 13 percent of the database,” Wilder said. Those numbers were removed, if they were found to not be working.

He said, “It’s too valuable — it costs the public nothing. The Boyle County Fiscal Court contracts with Code Red.”

Wilder said it’s important to sign up in time for severe weather season.

“Tornadoes, thunderstorms and all the things we have … We’re going to be with all of that all the way to September or October,” he said. “It does such a good job of alerting the public.”

Alerts are automatically sent out from the National Weather Service, Wilder said, for when warnings or watches are put in place. However, he can also use it to alert people to missing children and to dangers, such as when people need to shelter in place.

“I only use it in a true emergency,” Wilder said, because he doesn’t want to bombard people or desensitize people to the system.

In the past, Code Red had been used to warn people following a shooting in Danville.

“It’s too valuable a tool that people don’t take advantage of,” Wilder said. “We should be double that number.”

For those who thought they were signed up and didn’t receive a call on March 1, Wilder said, they needed to go in and update their information or make sure they were still registered.

“Don’t assume anything. If you think you’re on it and you didn’t get the call, then we need to reregister you,” Wilder said.

To sign up for the Code Red alert system, visit bit.ly/2FFy95Y, where you can register for an account. Notifications can be received via text message, phone call or email.

There’s also an app, available in the App Store or the Play Store.

Anyone who needs help signing up can call Danville-Boyle County Emergency Management Director Mike Wilder at (859)238-1109.

The Danville Independent School District is currently “in a bit of turmoil,” Danville Mayor Mike Perros said during this week’s... read more