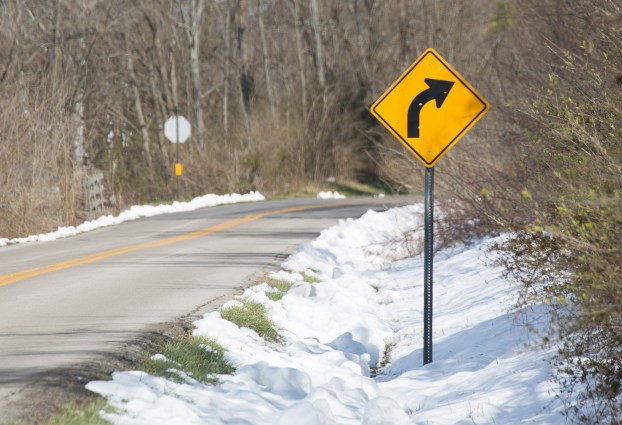 Chrisman Lane on the east end of Boyle County is one of two rural secondary roads in the county that will be resurfaced next fiscal year with state funding. The other is Scrubgrass Road in the southwest corner of the county. (Photo by Ben Kleppinger)

KTC will resurface all 5.75 miles of Scrubgrass Road at a cost of $350,000 and about 2.85 miles of Chrisman Lane at a cost of about $169,000, according to an informational sheet provided by KTC engineer Bret Blair.

About 0.85 miles of Chrisman Lane at the Ky. 52 end wouldn’t be resurfaced until the next year, Blair told Boyle County magistrates Tuesday.

Magistrates had the option of paying for the rest of the Chrisman Lane resurfacing out of about $101,000 Boyle County will be receiving in “FLEX” road funds for use on county roads that aren’t maintained by the state. But they opted to keep all the FLEX funds for county roads at the recommendation of Boyle County Judge-Executive Harold McKinney and Boyle County Engineer Duane Campbell.

“We have some roads that we need to fix,” McKinney said.

KTC selected Scrubgrass Road as a primary project for about $519,000 in state rural secondary road funds allocated to Boyle County for fiscal year 2018-19, according to Blair. The state then gave magistrates a choice between resurfacing most of Chrisman Lane or most of Quirks Run Road, a north-south road running from U.S. 150 to the Mercer County line in the middle of the county.

“We think Chrisman Lane needs it more and we recommend that you pave until you run out of money on Chrisman Lane, and then come back next year to finish the job,” McKinney told Blair.

Magistrate Dickie Mayes asked about Brumfield Road, which he said had been in the discussion for resurfacing last year. Blair said Brumfield Road had a “good year,” while the other three roads did not; as a result, the other roads surpassed Brumfield for being most in need of resurfacing.

“It’s not been forgotten. It’s likely that you’ll see it in the next year or two,” Blair said. “… It just takes one winter to take a really good road and turn it into a really bad road. And you never know which one it’s going to be.”