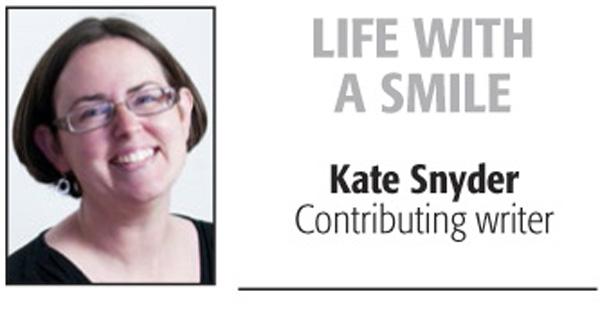 Work-life balance on a snowy day at home

As a child, the prospect of a snow day was the most magical thing in the world. I can remember that tingling excitement as you went to bed, then waking up to peer out the window to see if the promised miracle had materialized. Then the ecstatic rejoicing that accompanied confirmation that school was canceled.

Even as an adult, there is something thrilling about the idea of a snow day. The flakes had just started falling when I went to bed Sunday night and I crossed my fingers as I curled up under the covers. I woke up Monday morning, glanced hopefully at my phone, then happily silenced the alarm. I burrowed back down, only to be joined a few minutes later by three small people jumping on my bed shrieking – “Look outside look outside look outside!”

It really is pretty spectacular to go to bed in Kentucky, only to awaken in Narnia.

The difference, of course, between a child’s experience of a snow day and an adult’s is that we poor schmucks with bread-winning responsibilities cannot necessarily build snowmen all day. I’m fortunate to have a job for which I can work remotely, but getting tasks accomplished is tricky with a houseful of energetic children.

Impromptu holidays seem to call for special breakfast foods, so I baked chocolate chip scones while the kids played. Then I had to dig out all the snow gear that I had optimistically packed away for the season (an embarrassing rookie mistake for a Midwestern native — we know better).

I herded the kids out the door and settled down with my computer, only to be interrupted 10 minutes later by a snow-sodden 7-year-old stomping into the house in search of more water-resistant gloves. I shrieked and halted his progress, dug out the appropriate gloves and sent him back out.

Five minutes later, his sister appeared at the door requesting her camera. Shortly thereafter, they all returned en masse, complaining of boredom and frostbite. During the January snows, I had to force them inside to avoid actual frostbite. On a day when it was 40 degrees, they were freezing. Ah the fickle realities of wet, heavy snow.

I helped them peel off their layers, doled out snacks, cranked up the fire and went back to work with firm instructions that I was not to be disturbed.

Fifteen minutes later, a street brawl broke out when a Lego figure custody dispute turned ugly. I solved the problem by confiscating the figure in question and shouting loudly and somewhat incoherently at all the combatants. Mindful parenting at its finest …

I think part of the problem is that my children do not actually believe that I work for a living. Now, in their defense, I work at the Community Arts Center. When my children spend time at there, they are painting or playing drama games or building things out of clay. It’s understandable that they might assume my days are spent likewise (full disclosure: sometimes they are) and thus my grumpy insistence that I needed to spend the day staring at my computer screen might not seem convincing to them.

The good news for me is that, when I do manage to claim some uninterrupted time, I can be incredibly productive. As the kids watched a movie in the afternoon, I wrote the draft of a newspaper article, sent out class recruitment emails, edited a series of photographs and updated the website. Bam.

Then it was time for gymnastics class, karate lessons and pizza pickup for dinner. Afterwards, the kids frolicked in the bathtub, bounced on their beds, then collapsed like someone had removed their battery packs. All that playtime caught up and – wham – they were out.

It was a long and somewhat exasperating day, but there is something undeniably lovely about working in your pajamas by the fire, listening to the sound of laughter and snowball fights from the backyard. Snow days are special, so you might as well make the most of them.

Hopefully soon to be ‘real’ spring

It was really beautiful. Eight inches of pristine snow covering everything. Light from yard and street lamps sparkling off perfectly... read more