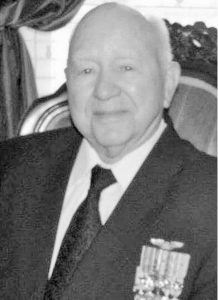 Born May 28, 1931, he was the son of the late Sara Elizabeth Allen Crabtree and Willie Lee Crabtree, Sr.

He is survived by two daughters, Susan Deyo and husband Brian, of Cincinnati, OH, and Billie Trammell and husband Michael, of Evansville, IN. He is also survived by four grandchildren and six great-grandchildren, Tara Hurst of Cincinnati, OH and her daughter Savannah; Christy Emerson of Louisville, and her children Taylor, Emma Kate and Grant; Michelle Humphrey of Trenton, NJ and her children Hayleigh and Kosey; and Ashley Trammell of Evansville, IN.

After retiring as a Chief Warrant Officer 2 from the United States Army, Bill worked in the Science Department of Centre College for several years before finishing his career in a role his father had once held as sexton of Spring Hill Cemetery in Harrodsburg, KY.

Bill and his wife Betty settled in Perryville until her passing. Bill then moved to live with his daughter Billie and her husband and daughter. He adored his daughters, granddaughters and great-grandchildren and enjoyed sharing his love of God, Country and writing poetry. He will most be remembered by his family for his Christian example and love of his wife and family.

Funeral services will be 11 a.m. Wednesday, March 21 at the Ransdell Funeral Chapel by Lewis Walter. Burial will be in the Spring Hill Cemetery, Harrodsburg. Visitation will be 5-8 p.m. Tuesday, March 20, also at Ransdell’s.

Memorial donations are suggested to: the Gideon Bible Fund or the American Cancer Society.

Messages of sympathy may be left for the family at www.ransdellfuneralchapel.com”