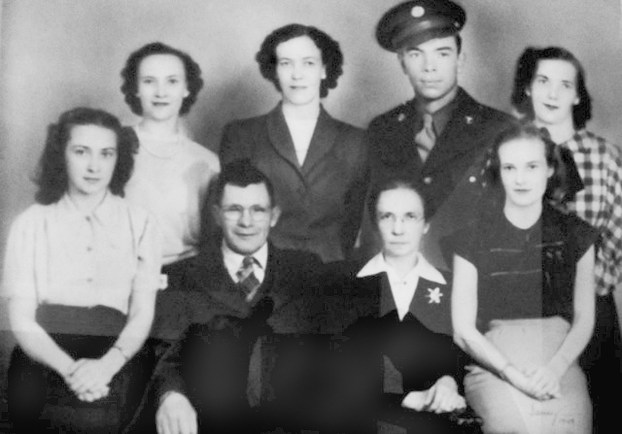 Jacob William Falconbury Sr., a Revolutionary War soldier, is an ancestor of several descendants in the Kings Mountain area in Casey and Lincoln counties.

Wilma Hatter, who lives on a portion of a farm that has been in her family 160 years, said relics found on the farm indicate there were people living there many years ago.

Wilma has spent her 91 years on the family farm where she has family photos hanging in her house of many of her family dating back for generations.

The Falconbury surname has been spelled several different ways from Falconberry, Falkinberg to Faulconbury. The first Falconbury came from Eastern Europe to America.

Jacob W. was born Feb. 14, 1757, in North Carolina, according to a claim he made in 1832 to receive a pension for his service in the Revolutionary War.

Records show he was in and out of the war four times after serving a few months each time and served about a year and half total.

He served three months during the summer and was discharged at Pleasant Gardens.

Later, he was recruited again with 60 other men and was in battle at

Beatti’s Bridge over Downing Creek in North Carolina. He was discharged again after serving about a month.

He was drafted again during the winter of 1780. He served two and half months under Gen. Griffith Rutherford and Col. Wade.

He was in the battle fought between the Whigs and Tories over Downing Creek in North Carolina. He served a couple of months and returned home.

Jacob Sr. apparently lived in North Carolina until he moved to Kentucky and later to Decatur County, Indiana.

Jacob Jr. and Mary Hamilton were married and lived in Lincoln County. She was a daughter of Martin and Susanna Hamilton.

They had four children: Eliza Jane, Martha, Isabelle, and

Mae Emma. He was married three times and had other children.

Wilma and Carl Hatter of Kings Mountain, were married in 1942 in Shelby County when she was 15 years old.

Carl was the son of William Hatter and Melinda Rayborn Hatter.

Wilma and Carl moved around and settled on the Falconbury farm where she continues to live. They had one son, Joe, who also lives on the farm with his wife Beverly. They have three sons. 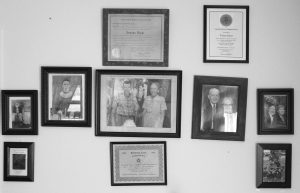 Photos of four generations of the Jacob Falconbury family hang on the wall at Wilma Hatter’s farmhouse in Kings Mountain.