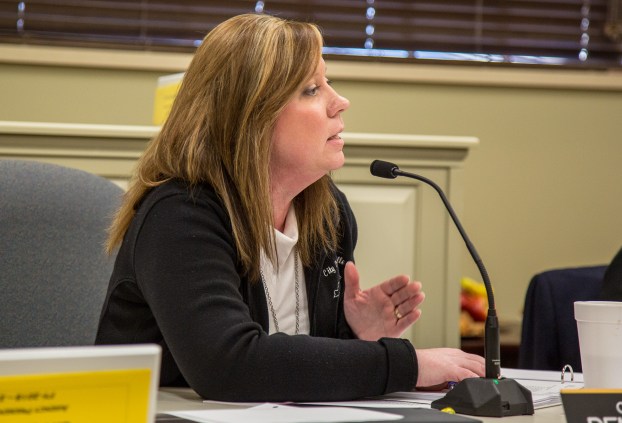 Commission grapples with funding for EDP, Heart of Danville

Some members of the Danville City Commission had an “aha” moment this week, when they realized how much of the city’s current contributions for economic development go to fund the Heart of Danville Main Street program.

Danville’s base contribution to the local Economic Development Partnership has been $145,000 annually. But since its inception, the EDP has always passed on $110,000 of Danville’s contributions to the Heart of Danville, EDP officials told the city commission Thursday during the city’s annual agency funding presentations.

This year, because of a reorganization of the EDP board, the city commission was given two funding-request numbers to consider — $110,000 for the Heart and $35,000 for the EDP — instead of the usual $145,000 combined request. 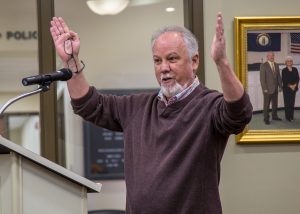 “Last year, you funded … at $185,000. $40,000 of that was a one-time match, so I backed that match out,” EDP Chair Ben Nelson told the commission. “Then the Heart of Danville in a minute will be talking to you about their request for $110,000, which has historically has been the pass-through in our budget. So if I back that out and assume you’re going to continue that commitment to a vibrant downtown, then the funding is at $35,000.”

Seeing the numbers split apart provided something of a shock for Commissioner Denise Terry.

“I looked at this and said, ‘Oh really, Economic Development is only receiving $35,000?'” she said. “… And then you have this other $110,000 that’s going specifically to Heart of Danville. So I just think that wasn’t registering with that really big number hanging out there.” 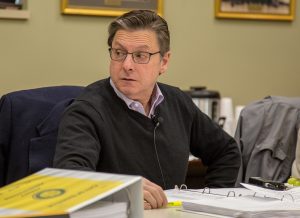 Danville Mayor Mike Perros said the split-apart numbers created a “struggle” for the commission to deal with.

“What do you mean it’s a struggle?” Commissioner J.H. Atkins asked.

“Yeah, but it’s always been understood that it’s just a flow-through,” Atkins said.

“Correct — this year it is not a flow-through; it is a direct allocation to the Heart, so … you give that $110,000 now to the Heart directly, what do you have left for the EDP?” Perros asked.

“I think EDP is well aware of that,” Atkins said, pointing to the fact that the smallest of the EDP’s three funding request levels acknowledged the direct contribution would only be $35,000.

Danville City Manager Ron Scott said the limits of the city’s funding for the EDP were clarified for him by the strategic economic development plan completed last year. 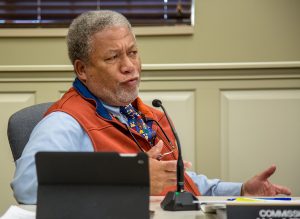 Nelson said the $110,000 pass-through to the Heart “has been going on in terms of the funding mechanism as long as I’ve been involved with the partnership.”

Perros said what he was taking away from the situation was “we’ve got a hole to fill.”

“Am I missing something here? Am I overcomplicating this? Am I thinking wrong?” Perros asked.

“It is much clearer in terms of where the money is being allocated,” Scott said. “… If we have greater aspirations for overall economic development and we wake up and see that we’re spending $35,000 for that overall effort, it’s a bit of a surprise — it was for me. Maybe I just was blind to — as a matter of fact, I think I was —  to the fact that $110,000 was going for the Heart.

“… If you have no greater aspirations for overall economic development, I guess no change is necessary. But if you do, it suggests that maybe we need to find some money additionally or perhaps reallocate more clearly what we want to occur.”

Later on in the discussion, Terry discussed the perception that Danville had given “almost $250,000” to the EDP last year (beyond the $185,000 the city contributed, it also paid a large portion of the $83,795 cost for the strategic plan).

“I think the perception was we were giving (EDP President and CEO) Jody (Lassiter) $250,000 and no one knew what he was doing with it, and we didn’t feel like we were getting a return,” Terry said. “Now, we can see exactly what EDP gets.”

Lassiter said the EDP has always requested funding from Danville and the Boyle County Fiscal Court for the last 10 years.

“It actually was a point of agreement at the creation of the EDP — which I guess would only include (from this room) Mayor Perros, who sat there at those discussions — that for (the Heart) to be a part of the partnership, $110,000 would be their pass-through funding. And that’s always been expressly referenced as a line item in the EDP budget.”

Lassiter said funding for Main Street Perryville has functioned the same way — that Main Street organization gets a $40,000 pass-through.

(The EDP expects to make a similar split request for that funding from the Boyle County Fiscal Court this year, Nelson said earlier. Instead of asking for $110,000 as usual from the fiscal court, the EDP is asking for $70,000 and Main Street Perryville is asking for $40,000.)

“That has always been expressly spelled out every year as to where those funds are going,” Lassiter said.

Toward the end of the discussion, Perros said the Heart is “near and dear to my heart,” adding that he has served on the organization’s board, including as its president.

No funding decisions were made during the agency presentations Thursday; the annual meeting serves as a way for Danville City Commission to evaluate the agencies it provides funding to, prior to determining the next fiscal year’s budget.

The Economic Development Partnership is moving its monthly meeting location to Denyo Manufacturing, over the objections of Danville City Commissioner... read more