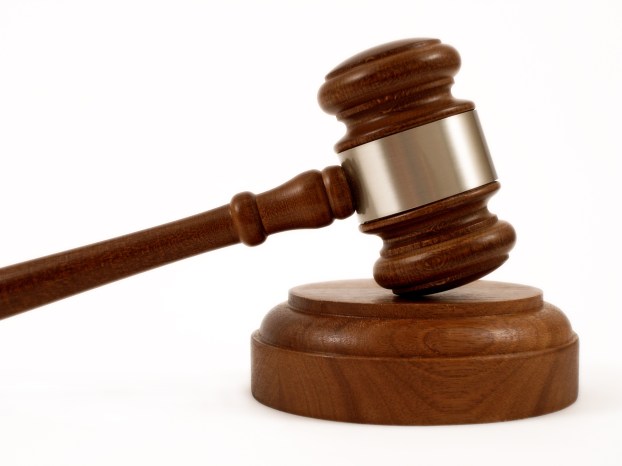 AG: School board did not violate Open Meetings Act

The Danville Independent School board did not violate the Open Meetings Act during a Feb. 19 meeting, the Kentucky Attorney General’s Office has ruled.

The AG considered six alleged open meetings violations relating to the Feb. 19 meeting, during which the school board voted not to renew Superintendent Keith Look’s contract.

• the board held its meeting in a space that was not conducive to public attendance;

• statements prepared in advance by three board members demonstrated that they had colluded to make a decision outside of a public meeting, in violation of the law;

• public comments were manipulated during the meeting;

• a board member sent and received private text messages during the public meeting;

• improper public comments were permitted; and

• the agenda was changed to be misleading or manipulative.

The ruling states there was insufficient evidence to prove two of the alleged violations. It was not shown that meeting conditions were not conducive to public attendance, the ruling states. And the  fact that three board members read from prepared statements is “insufficient on its face to establish that a series of less than quorum meetings constituting a quorum occurred,” the ruling states.

The AG ruled the other four allegations were not violations in any way.

On the order of public comments during the meeting, the ruling states that “the Open Meetings Act does not guarantee the right for the public to be able to comment.”

“… since Danville Independent was not obligated to take public comments at all, it cannot have violated the Open Meetings Act in any alterations in the order of public commenters,” the ruling states.

Concerning text messages sent and received by board Chair Paige Matthews during the meeting, the ruling states that “mere text messaging by one member of a public agency during a meeting does not approach establishing a violation of the Open Meetings Act.”

As for whether board allowed improper comments during the meeting, the ruling states the AG “is ‘not empowered to adjudicate a dispute relating to interpretation of, and compliance with, a public agency’s bylaws …’”

On the complaint that the agenda was changed or manipulated, the ruling notes that state law allows for agendas at regular meetings to be changed.

School board attorney Vince Pennington formulated the board’s response to the complaint letter as a denial of a formal open meetings complaint.

State law allows people who file open meetings complaints with public agencies to appeal to the Kentucky Attorney General’s Office if their complaint is rejected or their proposed remedies are denied.

Wright and Caldwell are two of the individuals who signed the original complaint letter.

According to footnotes to the ruling, the complaint “raised additional allegations” that the AG does not address, “because they are either outside the purview of the Open Meetings Act or have been abandoned on appeal.”

It also states that the school board has “indicated that ‘a good faith effort’” was made to respond to everyone who signed the initial complaint, something addressed in Pennington’s response.

The ruling also explains that Pennington responded to the appeal by sending documents to the AG on March 15, which included emails from Board Chair Paige Matthews and a district employee showing that all board members were aware that the contract of Superintendent Keith Look would be discussed.

Caldwell, who said she was speaking on behalf of the Concerned Staff and Citizens of the Danville community, said via email, “We are disappointed.”

“Without the opportunity for dialogue it seems the OAG missed the significance of some critical components of the evidence,” she said. Caldwell said there were those who believed there was strong evidence proving the “three Danville Board of Education members who read prepared statements colluded on the superintendent’s employment status.”

They don’t believe the ruling is the end, Caldwell said, but it “leaves the door open to submit more information.”

Caldwell said sending the letter to the OAG was just one step in ensuring the Danville school board is held accountable for its actions.

She said it “ensures all elected members work within the scope of their job duties, and represent all constituents with integrity and full transparency.”

The concerned citizens “expect more” from the school board, Caldwell said.

“We hope our efforts bring about a board that functions as an impartial body to better serve the students in our district—one that seeks input and strives for excellence in all areas. We seek transparency and effective leadership with clear vision for the future,” she said.

The concerned citizens will continue to keep the discussion going, Caldwell said.

“Simply stated, we are headed to a place where conversations are heard and it is safe to disagree. We are going to a place where interactive participation is required. We are going to a place where there is only room for agendas that represent all students. We desire a high performing board that sets goals with a clear path to achieve them. We must have a board that carries out its duties while maintaining relationships with all stakeholders,” Caldwell said. “Moving forward, we continue our focus to shift the current culture to one that fully represents the interests of all the school community’s stakeholders.”

Requests for comment to Pennington went unanswered, while Wright deferred to Caldwell for statements.

To read more about the Kentucky Revised Statutes pertaining to the open meetings act, visit //bit.ly/2I7LGjh to read a publication from the Legislative Research Commission. The statutes can be read at //bit.ly/2I6xNSP.

The Boyle County Fiscal Court “did not have adequate controls in place over capital assets” during the 2016-17 fiscal year,... read more