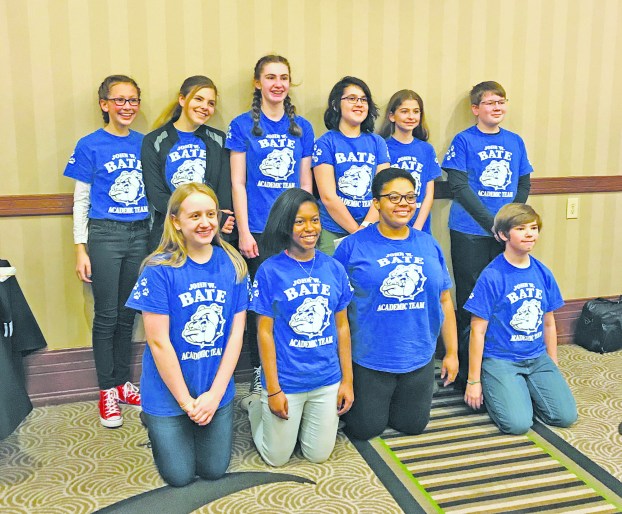 The John W. Bate Middle School academic team won top honors at the 2018 KAAC Governor’s Cup Finals. The team advanced to the sweet sixteen at the KAAC, Kentucky Association for Academic Competition, state competition on Saturday, March. 20, at the Galt House in Louisville.

Forty-eight teams from 24 regions advanced to KAAC Governor’s Cup Finals in both quick recall and future problem solving. To qualify for the Governor’s Cup finals academic teams must finish first or second in their region’s quick recall tournament. For the written assessment portion, students must score in the top five at their regional Governor’s Cup or score at least a 40 to advance to the state finals. Approximately 120 students advance in each subject area.

“This is certainly my youngest team ever, but I have never had a young team work this hard,” said Tony Carney, John W. Bate Middle School teacher and academic coach. “I never imagined my young team would beat the fourth place team in the state – at state! I am proud of their accomplishments.”

At the Governor’s Cup students compete not only as a team but also as an individual. John W. Bate Middle School students earned the following awards:

DHS teachers hold walk-in, instead of leaving their kids, in hopes of getting lawmakers’ attention over pension issue