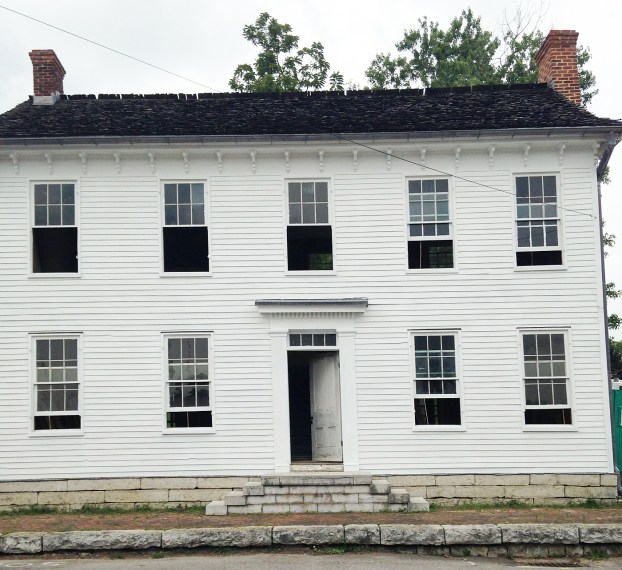 Main Street Perryville Inc. has begun a capital campaign to finish renovations on two historical structures it owns on Merchant’s Row. The hopes is that — once complete — the buildings will add to the economic vitality of Perryville.

Vicki Goode, executive director of Main Street Perryville, said work has already begun on the two buildings but the organization needs to raise about $180,000 to complete the projects; that includes $95,000 for the Opera House and $85,745 for the Johnson Britton House. 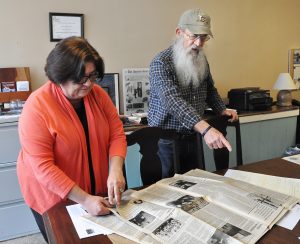 Main Street Perryville Inc. executive director, Vicki Goode, and board chairman, Robby Mayes, look through a publication in the temporary office of the MSP in the Parks Store building on Merchants Row in Perryville.

According to Robby Mayes, chairman of the MSP board and “chief head volunteer” for the organization, Perryville’s industry is tourism and it’s the town’s history that draws in the tourists. Therefore it’s important for the town to maintain its authentic, historical atmosphere by maintaining its historical structures.

Also, “Tourism is the cleanest industry there is,” Mayes said,

“We need to preserve our past to ensure our future,” Goode added.

MSP has already sent out about 65 personalized letters to corporations, businesses and individuals who have shown an interest in the town’s history and preservation, asking for financial support, Goode said. More will be mailed out soon.

About $8,000 has been raised since the campaign began in January, Mayes said. 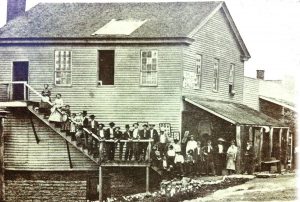 Photo contributed
The Opera House on Merchants Row in 1890.

According to the MSP 2018 Capital Campaign brochure, the Opera House, which was built in 1830, is already under renovation. The floor joist has been repaired and insulation is being added, and new wiring and walls are being installed. There is also a plan to replace the roof.

Once completed, MSP will rent the building to a person or business on a 10-year lease.

Having a business occupy this space, like other businesses on Merchants Row, keeps the town alive, Goode said. Also, any business that comes to the downtown area adds to the tax dollars Perryville can collect. 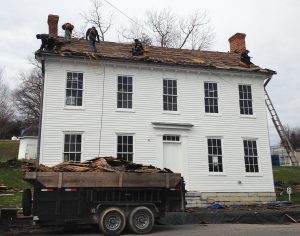 The Johnson Britton House, built in 1845, is located on the corner of U.S. 150 and U.S. 68. When complete, it will be the Perryville Welcome Center and MSP office with a small museum featuring local artifacts from individuals, businesses and the Civil War’s Battle of Perryville. The second floor will have a meeting room and a genealogy center with books and files that researches can use.

Mayes said the structure has four rooms — two downstairs and two upstairs — plus an enclosed back porch where public restrooms will be installed.

He said if anyone wanted to donate $10,000 or more to complete the Johnson Britton House, MSP would be glad to name one of the rooms in honor of the donor.

Once MSP moves permanently to the Johnson Britton House, their current location in the Parks Store building will also be available for a business to lease.

Goode said they have more plans to develop the empty lot next door to the Johnson Britton House. She hopes to eventually have the funds to build public outdoor restrooms, a stage and a pavilion that could be used for a farmers market, family reunions and other gatherings.

“But we have to get through this one first,” Goode said laughing. 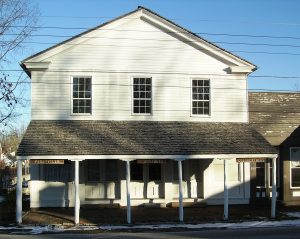