Chief Deputy Jailer Brian Wofford said you know there’s a serious problem when people are arrested for having drugs on them when they come to see an inmate on jail grounds. That’s exactly what happened with Clarrissa Yankey, 28, Wednesday at the Boyle County Detention Center.

Wofford said Yankey, of 1020 E. Main St., Apt. 15, Danville, was checked after inmates recognized her name on the list of indictments printed in The Advocate-Messenger. 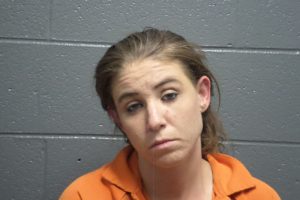 After finding active warrants on her, deputies searched Yankey’s purse and found two knives, a bottle of unmarked pills, syringes and clear baggies with white crystal powder, which has been sent off for testing. A box cutter-type knife was also found in her pocket.

According to the arrest citation, Yankey allegedly resisted arrest by attempting to push past authorities and became combative when they attempted to restrain her.

“Our staff did a great job,” Wofford said. But he said it’s a serious problem when people will risk bringing drugs and weapons into a jail.

“We’re going to have to change the way we deal with addicts,” he said. “This is serious.” 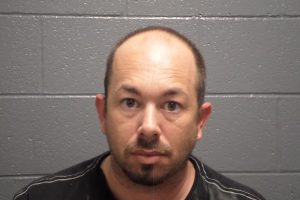 A man who was waiting on Yankey in her car was also arrested on an active warrant; James Peavley, 38, of 535 Norris Road, Hustonville, was taken into custody after jail authorities asked Danville Police to check the vehicle.

A K9 unit was also dispatched by the Boyle County Sheriff’s Office, and the dog indicated on the vehicle. Danville Officer Aaron Sparks found a bag of glass pipes with burnt residue on them underneath the car seats, according to the citation.

A white crystal substance also was found, believed to be methamphetamine, and other bags with white powdery residues.

Peavley was arrested and charged with possession of drug paraphernalia and first-degree possession of a controlled substance (methamphetamine).