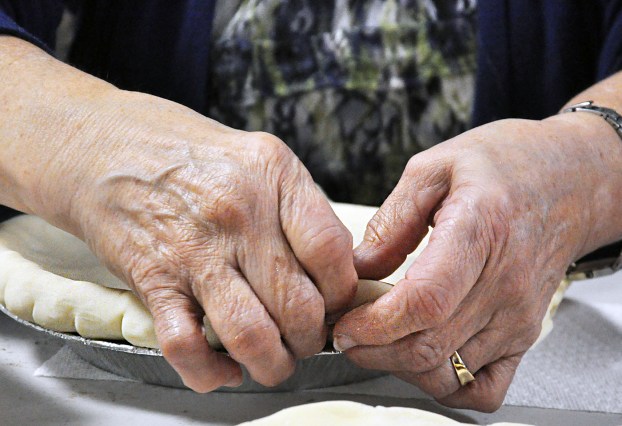 Judy Caudill's job in the pie assembly line is to crimp the edges, "the old fashioned way," she said. (Photo by Robin Hart)

All day Thursday, several ladies and one fellow from Perryville Church of God set up a pie-making assembly line in the kitchen area at Danville’s Church of God on South Fourth Street.

The group sometimes uses the Danville church’s kitchen because it has two ovens, when they need to bake dozens of pies in one day.

The goal for Thursday was to make and bake a total of 113 apple and cherry pies they had already sold as part of a fund raiser to help their church purchase a new air-conditioner before summer gets here. 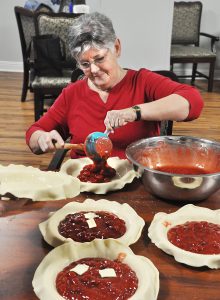 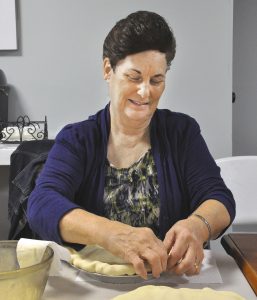 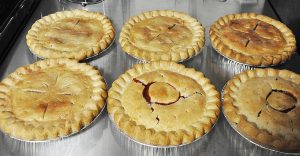 UPDATE: As of 1 a.m. Saturday, Boyle County Sheriff’s Deputies confirm Jefferson LeDonne has been located and is unharmed. A... read more