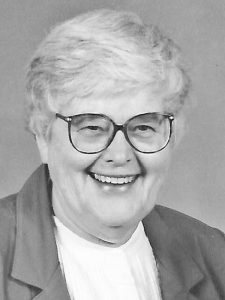 Alpha Rankins McVickers, 95, passed away Wednesday March 28, 2018. She was born in Winchester, Kentucky on March 26, 1923, one of eight children of the late Elby and Nannie Estes Rankins. She and her late husband, Harry M. McVicker were married 67 years when he passed in 2013.

Alpha was passionate about her church, family and flower gardening. She retired from Family Planning as an Outreach worker and later worked in Environmental Health. Alpha was a longtime member of Perryville Christian Church.

In addition to her parents and husband, Alpha was preceded in death by her son, Bill McVicker; three brothers; and four sisters.