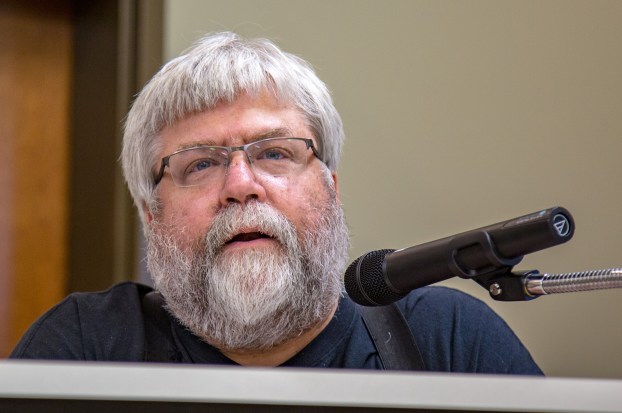 No more consultants. That was the dominant theme Danville city commissioners heard from four members of the public who gave their input on the city budget Thursday night.

“Do not hire anymore consultants to do your dirty work for you,” said Wilma Brown, the first to speak during the commission meeting called for the purpose of hearing public input as the next fiscal year budget is being assembled. “Too often, you hire a consultant because you have an unpleasant decision you need to make, and you use the consultant to make that decision and present it to the public for you.” 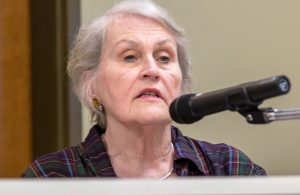 Brown took issue specifically with the recent hiring of Jim Parsons to consult with the city on the possibility of creating a tax-increment financing district.

“Do not add any more expenditures on the spur of the moment the way you did with the TIF consultant,” Brown said. “The city manager brought before you — without being on the agenda or in your packets — asking you to spend immediately … $20,000 for the TIF consultant and you approved it on the spur.”

The contract with Parsons, approved in October, states Danville will pay Parsons $270 an hour, “up to a capped amount for legal services of $20,000, plus out-of-pocket costs for travel and copy costs.”

City Manager Ron Scott said in October he is authorized as city manager to approve costs that do not surpass $20,000, but he still wanted to make the commission aware of the situation and seek its support.

Brown also told commissioners they should not increase spending on salary and benefits for the city manager; stop hiring “non-essential personnel” and give raises to firefighters and police officers; better prioritize spending; and remember that the city’s money really belongs to the taxpayers.

Randy Graham said he thinks “this community has a bad case of consultant-itis.” 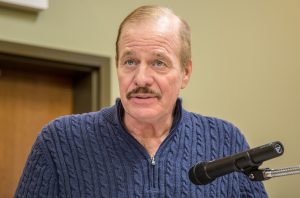 “We have a talented and educated community here and it’s an untapped resource — a brain trust that’s lying dormant of experienced current and retired workers knowledgeable in many fields,” Graham said. “However, it’s untapped because we bypass community, the ones who have lived here the longest and know this community best. Instead, we spend thousands upon thousands of dollars on ‘experts’ who live far away.

“Yeah, we can’t know everything about everything — experts are at times needed, but shouldn’t we first consider consulting with those locally who know a lot about some things and maybe a lot about one thing.”

Graham said he would like the city to develop a “reservoir” of “community consultants” who could be asked for assistance on projects first, before the city hires outside consultants.

Angela Allen told commissioners she agrees that the amount of consultants used by the city is “ridiculous.” 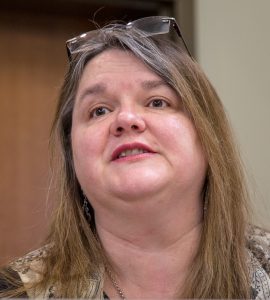 “We have Boyle County citizens who are incredibly talented and they need to be tapped,” she said.

Allen was also critical of the Heart of Danville’s 2017 downtown ice-skating rink project and the possibility mentioned recently by Heart representatives of bringing a rink to downtown Danville again this year.

Steve Knight also criticized the city’s use of consultants.

“We don’t need to constantly be going outside, wasting massive amounts of taxpayers’ dollars on consultants. Stop with it, it’s embarrassing,” Knight said. “It makes you all look like — why are you even here on the commission? Why don’t we just let the city be run by consultants? We’ll just let Mr. Scott hire some consultants, come in and run everything. There’s no point in you all even being up here; it’s ridiculous.”

Knight also expressed concerns about the city’s recent approval of switching to a self-insured health plan for city employees. He said he doesn’t believe the statement made when the city approved switching that the City of Bardstown has used a self-insured plan since 1999 and seen no increase in health plan costs.

“That is just a flat-out falsehood. Give me a break,” he said. “… The fact you all didn’t even challenge it in any way — didn’t ask a single question about it — is unconscionable. So start doing your jobs.” 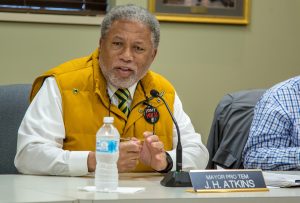 “I want to thank you all for your attendance tonight and for your input,” said City Commissioner and Mayor Pro Tem J.H. Atkins, who chaired the meeting. “All I can say is that the commission heard you tonight and we will take all of your suggestions and your thoughts under consideration as we proceed through this budget process.”

The meeting also provided an opportunity for Scott to present data from the now-completed National Citizens Survey, which polled more than 500 people online about their ratings for Danville in a wide variety of areas.

After Scott had presented the data, Janet Hamner asked to speak. Hamner, a former city commissioner, said she doesn’t consider herself “anti-consultant.”

“Having sat in your shoes up there, I know there are some issues that are better discussed in a more benign environment when someone else from out-of-town is in charge,” Hamner said. “Because we tend to be like families — we squabble among ourselves and we need somebody to referee. So yes, that is a reason. You may not like that that is a reason, but it is one and sometimes it does work.”

In addition to hiring Parsons to consult on creation of a TIF district, Danville is also in the process of completing a master parks plan, for which it is paying consulting firm Brandstetter Carroll $50,000; and a wayfinding signage plan, costing $27,000 to consulting company Carman.

Last year, Danville paid for less than half of an approximately $16,000 consulting fee to Cultural Resource Analysts, which developed new design guidelines for the city’s downtown historic overlay district. And Danville paid a large portion of the nearly $84,000 cost for RKG Associates to develop a long-term strategic economic development plan.

Data from the recently completed National Citizens Survey for Danville is available on the city’s website, danvilleky.org. Watch in upcoming issues of The Advocate-Messenger for coverage of the survey results.

Yellow rezoning signs have been up all over Centre College’s campus, prompting many to call Danville-Boyle County Planning and Zoning... read more