Fabritius to step away as Centre’s VP for academic affairs 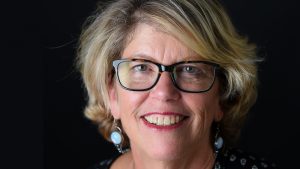 Photo courtesy Centre College
Stephanie Fabritius, vice president for academic affairs and dean of Centre College, will step away from her position for a year-long sabbatical on June 30.

After serving for 12 years as the Centre College vice president for academic affairs and dean of the College, Stephanie Fabritius has announced her decision to step away, effective June 30.

In a statement to the campus community, Fabritius said she plans to embrace a full-year sabbatical, tackling a number of projects that have accumulated and have had to remain untouched, before returning to the faculty in the fall of 2019.

“It has been an honor and a pleasure to be involved in providing leadership to the academic program,” she wrote. “Thank you, from the bottom of my heart, for your friendship and support.”

The first woman to serve as dean of the College, Fabritius provided leadership for numerous initiatives at Centre during her tenure.

She will perhaps be best remembered for her support of undergraduate student internships and research, expansion of the Center for Teaching and Learning, efforts to achieve grant funding in support of College initiatives and co-creation of the faculty athletic liaison program. She also played a key role in shaping the Brown Fellows Program, a full-ride plus scholarship program that has brought more than 100 talented students to Centre since its inception in 2009.

According to Centre President John A. Roush, “Her body of work as academic dean is one to be celebrated, and she is richly deserving of our praise. From start to finish, Stephanie’s contributions have been many and varied and valuable. Both she and her husband, Mike (a distinguished member of our economics and finance program), have been remarkable citizen-leaders on our campus and in our city.”