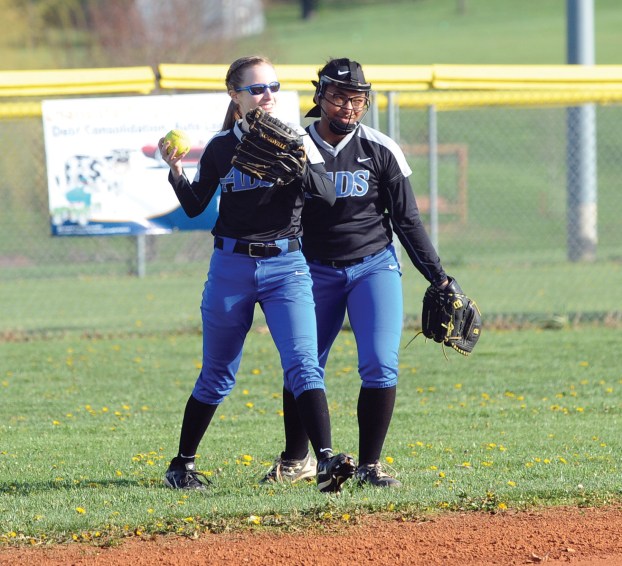 Danville softball fell behind 5-0 in the first inning and a half on Thursday against Wayne County, but rallied to win 13-5 for its second-straight victory.

“With it being spring break, sometimes you don’t have the focus you necessarily do when you’re in routine, you’re in school,” head coach Jason Spencer said. “We’ve not gotten to play a ton of games because of the weather, so we’re just trying to get everybody some experience.”

It was the second game in as many days for Danville and turned out to be their second-straight win with double-digit runs. The Admirals beat Model 15-5 in five innings on Wednesday.

Freshman Ellie Dampier started on the mound for the Admirals, tossing 2.2 innings of work. Junior Peyton Young entered the game in the third and finished the final 4.1 innings without allowing a run.

“That’s big. Ellie pitched, started the game for us and pitched well,” Spencer said. “We had a few errors there in the first inning and that kind of hurt us, got her pitch count up. That’s the only reason why I pulled her, I just worry because she is a freshman, I don’t want to overpitch her. We’re going to try to keep her pitch count down. But she stayed in, played third base and laid down some good bunts for us.”

Danville scored four runs in the third inning and seven in the fifth after sending 12 batters to the plate.

“Our bats came alive,” Spencer said. “That inning we hit all the way through the lineup. That’s what it is for these girls, getting that experience. We’re a very young team, we start a ton of freshmen and sophomores. They all do a good job.”

Damage was done throughout the order: Leadoff batter Faith Breitenbach had two runs, two hits and an RBI; Abby Thomas had one hit, two RBIs and two runs; Amiya Crawford had a hit, a run, two stolen bases and two RBIs; Rachel Matherly had two hits, two runs, an RBI and three stolen bases; Nakiya Frye brought in two runs on two hits; Young had two hits and two runs; Morgan Ryan had two RBIs and Dampier and Montana Rowland each had a hit.

So many players seeing success at the plate — after struggling in the first frame — was a huge plus, Spencer said.

“That’s what it is for this group: Build that confidence,” the coach said. “It’s something that we have talked about, that’s where it at for us: Day by day, play by play. I told them when we got down early, ‘we just can’t make those mistakes. We’ve just got to play the next play.’ And as long as we keep doing that, we’re going to be just fine. I don’t want them to get down on themselves: Stay positive, stay behind each other and build on everything that we can build on.”

It’s also the first Danville win over Wayne County since 2009.

“It’s a good sign. Wayne County typically has a pretty good squad down there,” Spencer said. “It bodes well for us to get that win under our belt. We should be probably sitting at 4-0, we just had a couple innings where we made too many mental mistakes. It gets you beat. The bats come alive, we’ve hit the ball well here these past couple of games. We’ve just got to keep building.”

Danville baseball off to hot start in 2018

Danville’s young baseball team has started the season in great form. The Admirals are 5-1 after a 9-3 victory on... read more