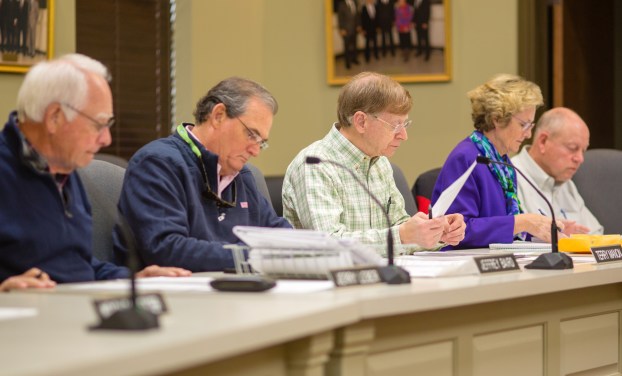 Members of the Danville-Boyle County Planning and Zoning Commission participate in their April meeting on Wednesday. (Photo by Ben Kleppinger)

Perryville now officially has a new future land use map, and the Danville-Boyle Planning and Zoning Commission has an updated comprehensive plan that gives it better control over large projects that can impact traffic flow.

The P&Z Commission updated chapter nine of its 2017 comprehensive plan on Wednesday. The update also creates a new process for updating future land use maps(FLUMs), which P&Z Director Steve Hunter said will keep the maps accurate and encourage developers to work with the local commission’s rules instead of pursuing a workaround through state law.

Perryville’s new FLUM was designed largely by leaders in Perryville with assistance from P&Z and input from the public, Hunter has said previously. FLUMs do not reflect current zoning; rather, they are intended to show what a community believes the purpose of land should be in the future.

Among other changes, Perryville’s FLUM categorizes much of the center of the city for “mixed-use residential” purposes, allowing for things such as businesses run out of homes or first-floor businesses with apartments above. It classifies a large tract of land on the eastern edge of town as “mixed-use employment,” in an effort to attract business or industry and create jobs. 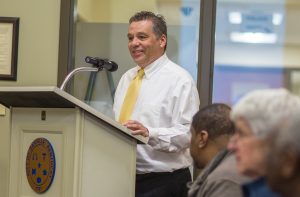 “You could do retail; you could do some manufacturing; you could do apartments; or you could do a combination. … The reason it’s called mixed-use employment is it’s meant to be a job-creator. And they targeted that parcel specifically because it’s fairly big.”

The FLUM designates a pair of commercial areas, one on the north side of U.S. 150 on the east side of the river; and one west of Jackson Street and south of U.S. 150 toward the west end of town.

The new categories used on Perryville’s FLUM were also adopted into chapter nine by the amendment, allowing them to be used anywhere in Boyle County. Hunter said Boyle did not previously define its FLUM categories anywhere in the comprehensive plan.

Another noteworthy change is a new requirement for traffic impact studies when large projects have the potential to significantly alter traffic flow.

“We don’t have anything that gives us a clear, definitive way to evaluate traffic or environmental concerns with zone changes,” Hunter said of the comprehensive plan prior to the amendment.

Hunter said there’s actually very specific data on how much traffic different types of developments generate that can be used to determine if a project crosses the threshold. Residential developments of single-family homes, for example, generate an average of 10 one-way trips per family per day, he said. Two-bedroom apartment buildings actually generate 9.6 trips on average, he said.

“What we’re saying is if you’re going to generate more than 500 average daily trips — which typically means you’re going to impact an area pretty substantially — you should do a traffic study as something we can review at the zone change,” Hunter said.

He pointed to the recent distillery project from IJW Whiskey, currently under construction out Lebanon Road, as one case where the P&Z Commission could have benefitted from having a threshold for a traffic study.

“Had a traffic study been done, someone would determine whether or not they’re going to generate that many trips. If they’re under it, they don’t do it. If they’re over that projection, they do a study. And if the study says, ‘we need a turning lane,’ ‘we need a traffic light,’ ‘we need a road-widening,’ the planning commission then has the ability to evaluate that and decide if you want to make those conditions of the improvement,” Hunter said. “That’s how most communities handle developments. They don’t wait on the state to build roads. If the developer is going to impact the road majorly, it’s the developer’s responsibility to mitigate that impact.”

Hunter said there are also new requirements in chapter nine for environmental assessments for larger industrial developments, requiring projects using 20 or more acres to study impacts on ground water, explain how hazardous materials will be handled and plan for storm water drainage.

Amending FLUMs in the future

The new chapter nine also puts in place the ability for a developer to request a change to a future land use map. Exceptions that would allow a change include if there is an overriding public benefit, if there is an error with a map, or if the developer can show what they want to do will be compatible with the surrounding area.

When that request is made and approved by the P&Z Commission, the FLUM can be updated to reflect how the developer plans to use the land.

Amendments to FLUMs are necessary to allow for zone changes that don’t match with the current FLUM, Hunter explained.

“There’s been some folks that think the map is static … that’s the map, it never changes. That is not how most communities handle future-land-use-map planning,” Hunter said. “The map is supposed to be a fluid, breathing, livable document that changes over time with the economy, with the market, with great ideas.” 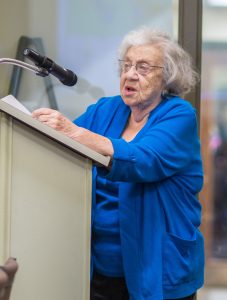 Anne Ferguson, a member of the group Smart Growth Boyle, commends the P&Z Commission for amendments to chapter nine of its comprehensive plan. (Photo by Ben Kleppinger)

“We have read and discussed the chapter nine revisions. While much of the work is cleanup and reorganization, there are some new items,” Ferguson said.

Smart Growth likes the addition of mixed-use categories that could allow for developments that include commercial, residential and office space; and the new traffic-study requirements help address a concern that “has been sorely neglected” in the past, she said.

“One only has to drive around the shopping centers on the south Danville Bypass to understand the need for attention to be paid to traffic impact from ever-expanding commercial development,” Ferguson said. “While what is done cannot be undone, there is hope for more concern about traffic patterns in the future.

“… Thank you for your serious attention to these chapter-nine revisions. We believe they are another step forward in working together for smart-growth development.”

The brass is back: GABBF picnic tables and Brass Passes up for grabs

The Great American Brass Band Festival is once again gearing up for a notable and noteworthy musical festival May 31-June... read more