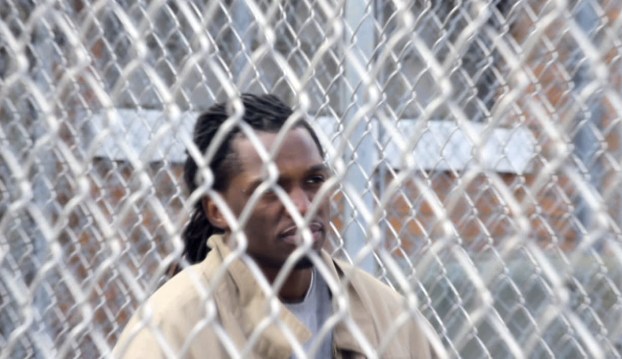 (Photo by Robby Henson) Incarcerated writers Andrew Phillips is seen in the yard at Northpoint Training Center in Mercer County. Phillips is just one of many men who have participated in Voices Inside, and who are featured in Robby Henson’s award-winning documentary “I Come From.”

Telling their stories: Lunch with the Arts explores poetry and theater produced by inmates

On April 18, the Community Arts Center invites the community to preview portions of Robby Henson’s latest documentary “I Come From” during the monthly Lunch with the Arts program. The project’s website says the film “focuses on incarcerated poets and playwrights who use the power of creativity to change the direction of their lives. Their poems and plays reflect hard lives lived, tough environments negotiated, past mistakes made.”

Henson will also discuss Northpoint Training Center’s Voices Inside, an inspirational inmate writing and theater program funded by grants from the National Endowment for the Arts and The Nathan Cummings Foundation. The program uses theater arts and creative thinking to increase communication skills, build self-esteem and humanize and enrich the lives of those closed off behind bars.

Voices Inside is an outreach program of Pioneer Playhouse. The summer repertory theater strives to be a leading regional arts complex, school of drama and theater, dedicated to fostering creativity and self-expression in actor, student and audience alike, in order to expand the human spirit. 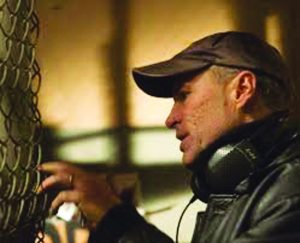 This innovative program started in the summer of 2010, when Curt L. Tofteland, Shakespeare Behind Bars producing director, partnered with Henson, his sister, Holly Henson (then the artistic director of Pioneer Playhouse), and playwright Elizabeth Orndorff to begin a new 10-minute playwriting program.

Voices Inside encourages the incarcerated to take responsibility for their life choices and the crimes they have committed while developing compassion, trust and a desire to help others. As a result, they develop literacy and communication skills, as well as gain appreciation for creative self-expression. The program also reaches out to those who have disabilities or come from environments that did not promote  positive self-expression. Through the experience, participants develop self-esteem and a positive self image.

The program has two components. During the first — Taking The Arts To Northpoint — Pioneer Playhouse brings professional actors into the prison yard to stage a classic play for the general inmate population. During the second, one-on-one playwriting workshops are held for inmates to focus on the process of turning each inmate’s personal journey into a scripted, communicated narrative. They conclude with a performance of rehearsed plays and scenes, staged by participating inmates for the general prison population and an invited guest public.

Participants in this program, many of whom never graduated from high school, experience the exhilaration and self-esteem building of putting on a show. Emphasis is placed on exploring the creative process, not necessarily the final result.

Steven Bond, an inmate participant says, “This program represents what the whole penitentiary system should emulate: individuals who interact with inmates as adults and sincerely seek to encourage inmates to find within themselves that which will not only produce beautiful creativity but positive benefits for all of society — inside and out.”

Voices Inside incarcerated writers have won the Pen Award for Best Inmate Drama in America, and have had their work performed on New York stages and at Actor’s Theatre of Louisville.

Henson is artistic director of Pioneer Playhouse and is a writing and video instructor at the University of Kentucky. He has written and directed feature films for major studios, including “Pharaoh’s Army” with Kris Kristofferson and Chris Cooper and “The Badge” with Billy Bob Thornton.  He has created a number of documentary films for PBS, including “Spalding Gray: A Life in Progress and Trouble Behind,” a film about a southern race riot that was shown at the Sundance Film Festival.  He holds an M.F.A from New York University in filmmaking.  He is also the playwright of “Good Blues Tonight” and this summer’s upcoming Pioneer Playhouse adaptation of Angela Correll’s “Granted.”

Lunch with the Arts

Join CAC at noon on Wednesday for a rescheduled Lunch with the Arts presentation by Jerry Sampson, “The Changing Antique Market: What You Can and Can’t Do About It.” This presentation was postponed from last month due to weather.

For May 16’s, Lunch With The Arts presentation, Soreyda Benedit Begley will present a program on Fashion design and the Lexington Fashion Collaborative.

The Kitchen Agent, At the table: Asparagus

The spring veggie that’s easy to buy, prepare, cook and goes with everything Asparagus is most delicious and inexpensive in... read more