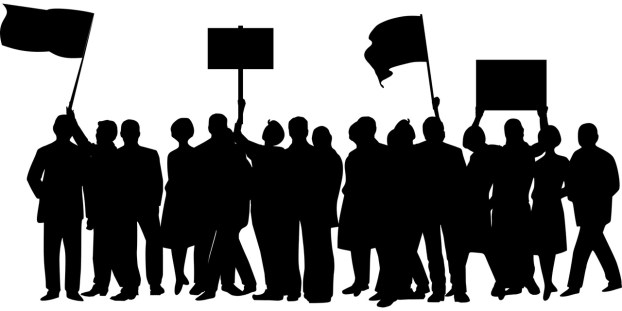 Lincoln, Garrard and Mercer school districts have canceled school on Friday due to planned protests in Frankfort.

In Lincoln County, Superintendent Michael Rowe said he canceled on Friday due to nearly a quarter of the district’s certified teachers asking to use their personal days.

“My assumption is these teachers are taking their personal days to go to Frankfort to protest,” Rowe said Wednesday afternoon.

Garrard County is also closing due to “many” staff members going to Frankfort, according to a statement on the district’s Facebook page.

A text alert sent to Mercer County parents Wednesday stated the district would be closed Friday “to allow our teachers and employees to travel to Frankfort to advocate for the funding of public schools.”

“We don’t have enough people to cover the subs,” Rowe said.

Rowe sent out a memo Wednesday cancelling school Friday, “as a large portion of our staff travel to Frankfort to advocate for our students and public education.”

A similar statement was posted on Garrard County’s Facebook page.

Rowe’s memo and the Garrard County statement both cited three bills of particular interest to teachers that Gov. Matt Bevin has vetoed; educators want the legislature to override the governor’s vetoes.

The legislature’s budget and revenue bills — House Bill 200 and House Bill 366 — were both vetoed by Bevin.

“The budget compromise reached by the House and Senate could still be a net loss for Lincoln County Schools, but is far better than the governor’s proposal,” Rowe stated in his memo. “The governor vetoed  the compromise reached by the House and Senate. We urge our state legislature to override the governor’s vetoes. If no budget is passed, it is uncertain what would occur during a potential special session.”

Rowe said Bevin also vetoed a bill that phases in increases to retirement contributions made by cities, counties and school districts, Senate Bill 362. If the phase-in bill isn’t passed, the Lincoln County School District would be burdened with an additional expense of about $475,000 all at once, according to Rowe’s memo.

“Not only is this going to be difficult to absorb, it is extremely concerning if it is all at once,” Rowe wrote.

By cancelling school, Rowe said the district will have to add another day onto the end of the school year. He said it’s possible the Board of Education would vote to add the Tuesday after Memorial Day to the calendar.

In his memo, Rowe wrote that district employees are “not traveling to Frankfort for selfish reasons.”

“We are advocating for our students and public education. If the massive cuts and increased costs occur, it will have a negative impact on what we are able to do for our students,” he wrote. “We want to be a united voice urging our legislators to make the right decisions for the future of the students in the Lincoln County Schools.”

Mercer County’s text alert stated, “We are fighting for funding education, not raises.”

Kendra Peek contributed to this article.

BURGIN — A warrant has been issued for James Hurley of Burgin after he allegedly assaulted the mayor of Burgin... read more