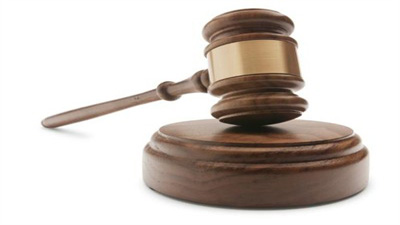 Boyle Co. argues plaintiff was restrained for being ‘suicidal’

Boyle County has denied any wrongdoing in a lawsuit brought by a former inmate who is alleging false imprisonment and intentional infliction of emotional distress.

The suit filed by Tyler Tudor on Feb. 21 was removed from Boyle County Circuit Court to the U.S. District Court in Lexington on March 6. The federal court is handling the matter because “the complaint alleges that the defendants … committed common law torts and violated plaintiff’s constitutional rights, which allegations form the basis for claims under federal law,” according to the case file.

Tudor’s suit alleges that while he was an inmate at the Boyle County Detention Center, jail staff restrained him without reason in a chair and on a back board for a total of more than 12 hours. The suit names the Boyle County Fiscal Court, the jail, Jailer Barry Harmon and “unknown corrections officers” as defendants.

Boyle County responded through its attorney, Bruce Smith, on March 13, denying most of the suit’s allegations of harm done to Tudor by jail staff.

The response admits narrowly that Tudor was restrained “in a safety chair” and “on a safety board,” but states that was “after he threatened to commit suicide and because he was behaving as if detoxifying from the influence of drugs.” Tudor was placed in the chair and on the board “for his own protection,” the response argues.

“Otherwise, the Boyle County defendants deny the (allegations) of these paragraphs and all implications to be drawn from said (allegations),” the response reads.

The response also lists numerous other defenses, many of which focus on the immunities that public and elected officials can have from lawsuits, including “absolute immunity, qualified immunity, governmental immunity, official immunity, good faith immunity and where applicable, immunity provided by the 11th Amendment to the United States Constitution.”

One of the defenses also states that Tudor’s “damages, if any, were directly and proximately caused by (Tudor’s) negligent and/or intentional actions, or inaction of third parties not under the control of the Boyle County defendants.”

The response asks for dismissal of the case “with prejudice and at the cost of (Tudor).”

According to the court record, attorneys for both sides had a meeting by telephone on April 5 “to discuss the discovery plan and scheduling of events” in the case.

A scheduling order filed April 17 set a three-day jury trial in the case for May 6, 2019 — more than 12 months from now. The parties could reach an agreement through a mediator prior to the trial, according to the case files.

Tudor’s original suit alleges he was incarcerated in the jail on June 29, 2017, when he was “forcefully strapped into a restraint chair by the unknown defendant.”

Tudor “remained in the restraint chair for over six and a half hours,” the suit claims. “Plaintiff repeatedly asked to be released from the restraints, but the unknown defendants refused to assist.”

The suit then alleges that on June 30, 2017, “after being in the restraint chair for over six and a half hours, (Tudor) was taken from his cell by the unknown defendants.”

“(Tudor) was then taken by the unknown defendants to another cell, where he was strapped to a back board for over six hours,” the suit claims. “… (Tudor) is unaware of any conduct which would have caused him to be placed in the restraint chair for a prolonged period of time. … (Tudor) is unaware of any detention center policy that was violated on June 30, 2017, which would warrant him being strapped to a back board for approximately six hours.”

Tudor claims the actions of the defendants violated his constitutional rights and constituted “cruel and unusual punishment.”

Despite passage of House Bill 200, districts wait for politics to unfold Schools are beginning to relax, as far as... read more