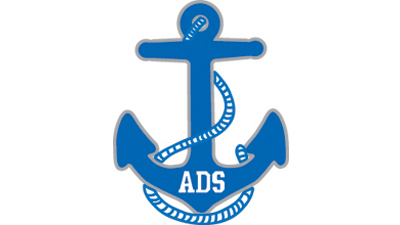 Concerned citizens and staff of Danville were present at Monday’s Danville Board of Education meeting, sharing information they gained from an open records request of more than 5,300 emails.

According to seven individuals who spoke at the meeting, emails requested were those sent or received by board chair Paige Matthews and members Susan Matherly and Lori Finke from Sept. 1, 2017, through Feb. 28 of this year.

The group was most interested in the events that led up to the Feb. 19 decision to create a vacancy in the superintendent position at the end of the current fiscal year, instead of renewing the contract of Danville Superintendent Keith Look

“The group found a number of issues in the large volume of messages for the requested time period,” said Jaymie Ross, who spoke to the board during the public comment portion of the meeting. Ross is a teacher at Jennie Rogers Elementary.

She said that “research and analysis” of all the emails are still ongoing. The group wanted to give a preliminary report, she said.

Ross said that the emails show the number of individuals who support Look are “overwhelming,” but those that do not support him are much smaller in number. She also referred to an oft-repeated claim that some were afraid to speak out against him in fear of reprisal, saying that was “invalid.”

“In a group of three, who represent the school district community and all taxpayers who live in the district, not one voted to reflect the will of the people,” Ross said.

Debbie Bottoms, another speaker in favor of Look, said it appeared that a small group knew “something more” than the majority. She shared how a parent emailed Matthews supporting a change in direction of superintendent, before the discussion of Look’s contract had been brought up in a public meeting.

Bottoms said former board chair Lonnie Harp emailed member Lori Finke, encouraging her to “part ways” with Look. Other speakers said Harp alluded to the fact that some who would be interested in donating to the district were staying away because they did not like Look.

Bottoms said other emails between two of the three board members who voted not to renew Look’s contract, not specifying which two, wrote emails questioning why Look was making things “difficult.”

“In reality, he made multiple offers to help the board members in understanding the number and the variety of ways test scores and accountability are released,” Bottoms said.

Elaine Wilson-Reddy, who spoke later, said there were also emails from Rhonda Harmon, who works at the Kentucky Association of School Councils and is the wife of former board chair Harp. Harmon sent emails to the three board members regarding 2016-17 assessment data.

“It isn’t clear if she sent this unsolicited or if it was requested. It was sent by email to three board members. She construed the data in the most negative light … She construed it contrary to the way (the KDE) actually released the guidelines,” Wilson-Reddy said. “The appearance of these emails is that someone, whether it be Ms. Harmon or the board members, possibly were attempting to spin the hard-earned distinguished rating into something that wasn’t earned or deserved. Or perhaps that improvement might have occurred under Dr. Look’s leadership.”

She said Matthews emailed the Office of Educational Accountability five times, four times between May and September 2017 and once in February this year, to pressure them to release findings regarding seven allegations against Look.

“The looks of this appear as if she was trying to find some information to help bolster reasoning for her to not vote to continue Dr. Look’s contract. Even though that may not be why, the appearance of this is not good,” Wilson-Reddy said. “The lack of transparency and not knowing what went on behind the scenes, really, I think does a disservice to the community in being able to trust our board with our school district and our children.”

Rhonda Caldwell, a former district employee who works at the Kentucky Association of School Administrators, said there was an email on Feb. 19 from Matthews warning other members that the meeting that night “would be difficult” and letting them know there would be discussion referring to the superintendent’s contract.

“Then she would call for a roll call vote, on a matter she did not disclose in emails prior to that time,” Caldwell said.

Caldwell also spoke on micromanagement from the board. Others spoke on how the board handled criticism and how the board members criticized others who disagreed with them, going so far as to reach out to two district employees who had signed a letter from “concerned citizens and staff” showing support for Look.

Magistrate John Caywood also spoke to the board, encouraging them to host an active shooter drill for staff, before referring the remainder of his time to one of the previous speakers in support of Look.

Speakers in support of Look encouraged the board to consider reversing the vote and renewing Look’s contract for four more years.

The board did not respond to the commenters, which they are permitted to do within the board guidelines regarding public comments.

Look was not at the meeting Monday night because he was speaking in Alabama about teacher retention, board member Steve Becker said.

By KATE SNYDER Community Arts Center If you’ve driven down Fourth Street lately, you may have noticed a change in... read more