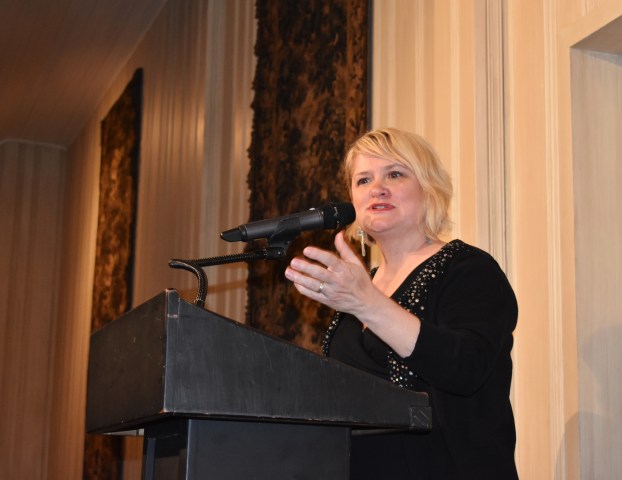 Photos contributed Local author Heather Henson discusses her book, "The Whole Sky" during a recent awards ceremony. Her book was nominated for a Dr. Tony Ryan Book Award, and made it to the top three finalists.

An honor to be considered

“I may not have won, but I was so honored to even be considered,” says Heather Henson. The local author says aside from just being named as a top three finalist for the Dr. Tony Ryan Book Award, she definitely came away a richer person after attending the ceremony.

This was the 12th year for the award, created to annually recognized the best book with a Thoroughbred industry background published in the previous year. It was developed by the late Dr. Tony Ryan, of Castleton Lyon’s Farm. It boasted a healthy $10,000 cash prize, which of course would’ve been great to win, Henson says. But she says she walked away with plenty.

The awards ceremony was held at Castleton Lyon’s family farm near Lexington. Roughly 100 people were in attendance, mostly from the Thoroughbred industry.

Henson was up for the award based on her book, “The Whole Sky,” a fictitious story about a 12-year-old “horse whisperer.” 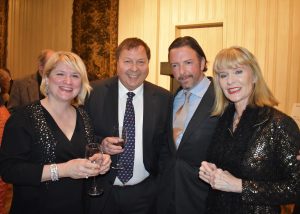 “It was a total honor to be included as a finalist with the other two writers,” Henson says. They are Felix Francis and Sasscer Hill, the winner.

“Felix is son of famed mystery writer, Dick Francis, and himself a legend in the mystery writing field. He had so many interesting stories of his father and his own racing history,” Henson says.

She says getting to know Hill, the night’s winner, was also amazing.

“She is a former jockey and has lots of deep connections to the racing world.”

During the evening program, each finalist was asked to speak about their books, and Henson says it was very enlightening.

Henson says she had a “terrific surprise” when she met one of the authors of an article she cited in her bibliography in the book. Although fiction, “The Whole Sky” is based on the former mystery of the disease MRLS — Mare Reproductive Loss Syndrome — which hit Kentucky in 2001, creating a crisis with mysterious foal deaths.

“She actually corrected me on something. In my book, I say there were 500 Thoroughbred foals who died in one season of MRLS, but there were actually 3,000,” Henson says, an even more shocking number. “I certainly will make the change in the next printing of the book.”

Henson says she was also able to speak to many veterinarians, breeders and owners in the industry who remember the tragedy of MRLS well. “And, though sad, I was glad to hear their stories. And I’m so very glad MRLS is now under control.” 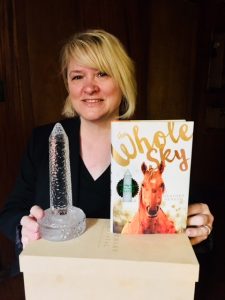 Heather Henson poses with a handmade crystal piece from Ireland and her book, “The Whole Sky.”

Shane Ryan, the late Dr. Ryan’s son, flew in from Ireland for the festivities.

“It was wonderful meeting Shane and learning more about his father’s vision of creating an award that brought together his two loves — horse racing and literature,” Henson says.

This was the first time since the Dr. Tony Ryan Book Award’s inception in 2006 where all nominated finalists were fiction.

Garden dames : Arrangements for the ball

Arrangements for the ball: Once again, the Garden Club of Danville created floral centerpieces for the Blue Jean Ball, an... read more