In 1998, Tony Haigh, Wilma Brown and John Bowling knew there was a lot to celebrate in the arts in our community, but not an effective vehicle to bring the artistic assets into focus.

The three gathered a group of local artists and community leaders together to see if there was interest in forming an organization with the purpose of advancing the arts and arts opportunities in Danville and Boyle County.

The community members in attendance were enthusiastic about the concept of an arts council and charged Brown and Haigh with the task of presenting their idea to the Danville City Commission and the Boyle County Fiscal Court. Both bodies gave a vote of confidence to forming the arts council.

Brown and Haigh applied to the Kentucky Arts Council for a seed grant of $5,000, a board of directors was formed and the name Arts Commission of Danville/Boyle County was adopted. During 1998, initial by-laws were drafted and the first memberships were solicited.

By the end of 1999, the board had established an address at McClure-Barbee House, become incorporated, attained not-for-profit status, developed a mission statement and goals, designed a logo and become involved in the community. Board members attended state arts events.

In 2000, an office was secured in city hall and George Hardesty was named the first executive director. Clearly, the Arts Commission was on its way.

From the beginning, the goals and mission of the commission have been to encourage and represent artists and arts organizations in Danville and Boyle County, to identify the arts events and services which will benefit the community and to provide these services at no charge to the community. 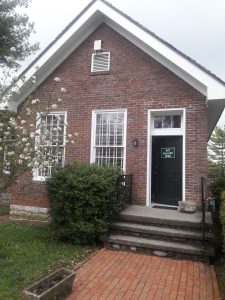 Photo contributed
The Arts Commission of Danville/Boyle County is located in the old schoolhouse at  Constitution Square Historic Site.

The Arts Commission has always considered the advancement of local art a primary goal. Our community has become a hub of artistic activity in the intervening years, drawing artists from an expanding area which has in turn enriched the local art scene. Gallery Hops, workshops, classes, exhibits, concerts, commissioned works and many other activities have been developed in response to the suggestions the commission receives from members, artists, businesses, community leaders and visitors.

Children continue to be a priority which can be seen through the founding of the Youth Arts Fair held in the spring each year, student exhibits at local businesses and other programs including grant funding for special high school projects. Thousands of dollars have been granted to children to explore the arts within the community which, in turn, supports local arts programs such as West T. Hill Community Theatre and the Heritage Area Strings Program.

The Arts Commission has remained true to its mission and goals. Programming is possible with the support and involvement of the membership through donations and grants from many sources just as in 1998.

The Arts Commission now has an office and gallery in the McKinney Center at Constitution Square. The executive director, Mimi Becker, can be contacted at arts@historicdanvilleky.com and visitors are always welcome in the gallery anytime the “Gallery Open” sign is on the door.

• The “Building a Community of Artist Entrepreneurs” matching grant from the Louisville Fund for the Arts accepting donations through May 31, and is accepting applications for participation through June 15. More information on the purpose of the grant may be found at arts@historicdanvilleky.com.

• Gallery Hop is May 31st and artists may sign up at arts@historicdanvilleky.com

• Join Rick Serres for the Tour D’ville 1 p.m. May 5 in Weisiger Plaza. The bike ride and tour are free, but donations will benefit the Arts Commission.

• Walden Funeral Home in Perryville will host the second Fine Art Exhibit by the Gathering Artists with the opening reception 1-3:30 p.m. April 28. 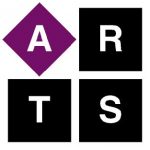 A screen shot from the documentary that will be shown tonight, by Margaux Crider and Tyree Wilmoth, is seen. The... read more