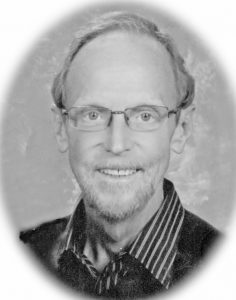 He was born in Berea, Ky., on May 3, 1954, to Bernice Cole Halcomb and the late Thurston Clay Halcomb. Larry married his wife, Virginia “Ginny” Bernice, of 41 years on October 23, 1976. He retired, after 32 years, from Boyle County Health Department as Director of Environmental Services. Larry received “Environmentalist of the Year” in 1997. He loved traveling, riding, deer hunting and fishing.

The funeral service will be at 2 p.m., Wednesday, May 2, 2018 at Gethsemane Baptist Church in Danville. Rev. Steve James will officiate. Pallbearers will be Harold McKinney, Garland Vansant, Daniel Troutman, Jason Stevens, David Hollon and Ben Carpenter. Honorary pallbearers will be Tony White, Hershel McKinley, Carey Angel, Johnny Rony, Mark Harris and Herb Toombs. Visitation will be 10 a.m.-2 p.m., Wednesday prior to service at the church.

Family would like to extend special thanks to Ben Carpenter for being by our side every step of the way. Also thanks to Heritage Hospice, Markey Cancer Center, Morning Pointe, Hershel and Shirley McKinley, Eula Eaton, Janet and David Hollon, Mark and Julie Harris, Alice Miller and Class, Patsy Shepperson and Judy Vanarsdall for everything.

Memorial donations are suggested to Markey Cancer Center or Gethsemane Baptist Church. The online guestbook is available at www.stithcares.com.