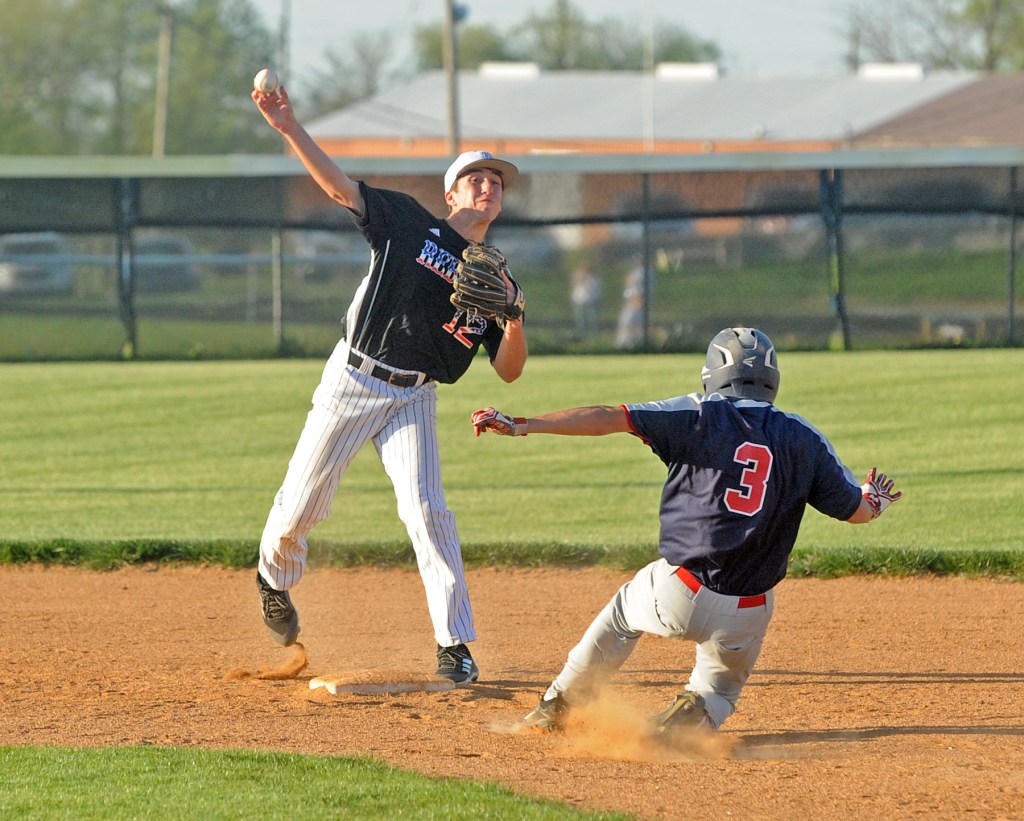 The Rebels took down Rockcastle County in a battle of top 12th Region teams, 11-1 in five innings on Tuesday. It was a rematch of last season’s 12th Region semifinal matchup, one that Boyle won 9-3.

It’s the 15th win of the season for the Rebels, who have just two losses — one coming on Saturday — on the year.

“We just came in thinking one game at a time, we wanted to get back on track after losing game No. 2 on Saturday,” catcher Hunter Mason said.

Mason had himself a day, going 3-for-3 with four runs batted in to lead the Rebels.

Rockcastle opened the game with a score in the top of the first inning, but that’d be it for the high-powered offense: Boyle sophomore Blake Samons tossed a complete game, finishing with just five baserunners over five innings while striking out three.

“Blake is proving himself, no question,” head coach Kyle Wynn said. “We started getting his feet wet early this year and he’s been real steady for us. He kept his pitch count down, got some ground balls. Rockcastle is a great team so hats off to Blake for his effort, let our offense go a little bit.”

The Rebels responded to the Rockets’ one run with three of their own: Grant Hotchkiss led off the inning with a perfect bunt single, then Mason doubled down the right field line for his first RBI of the day.

“I was sitting on fastballs but I only saw one fastball all game,” Mason said. “I just tried to adjust to the curveball and take it to right field.”

One batter later resulted in another run: Mason’s courtesy runner Tevin Leigh worked the basepaths to third base and scored after Ty Dragan legged out an infield single.

Dragan would advance thanks to Alex Sergent, and scored when Tristen Helton hit a sacrifice fly to left field.

The Rebels led 3-1 after one inning, and that’d be all they would need.

Mason would knock a two-RBI single to score Eli Glasscock and Hotchkiss in the bottom of the second, and Dragan would hit a two-run home run right after.

After two innings, Mason and Dragan had combined for six RBIs in Boyle’s 7-1 lead.

“I think having me and Ty back to back is good, we get a lot of at-bats at No. 2 and No. 3,” Mason said. “It’s hard to pitch to both of us. Grant is good, Alex has been killing it. We’re all playing well so far this year.”

Cam Yates added an RBI in the third inning to score Karson Thompson. Hotchkiss would knock in Yates and Glasscock to make the score 10-1 after four innings.

Mason finished the game with a sacrifice fly to score Kody Myers in the bottom of the fifth inning.

Wynn said the gameplan was to put balls in play and force the Rockets to make plays, and that gameplan worked: Rockcastle finished with five errors in five innings.

“That’s what we talked about, our key was to not have any easy outs,” Wynn said. “We put the ball in play today, got guys on base and hit the ball into some gaps and open it up. It was good to see crooked numbers and score every inning. I was pleased offensively.”

Sergent left the game between the third and fourth innings after taking a ball to the lip during infield. Ethan Carter took his place and gloved a ground ball to force an out the next inning.

Carter’s readiness to play was emblematic of the Rebels in recent games, Wynn said.

“Right now, we’re back playing a lot of games in a short period of time,” he said. “We’re starting to work guys in, and those guys are showing that they’re ready to go, come in and make a play if somebody goes down. The guys that have stepped in have done nice jobs.”